Can Nigeria look beyond oil? – By Andrew Nevin 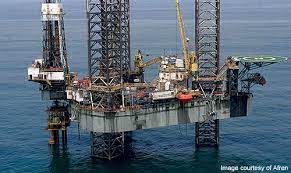 Oil has an outsize influence on Nigeria’s economy despite representing a relatively small proportion of its GDP, about 9 percent in 2021.

Oil sales made up one-third of the government’s budget revenue and about 90% of the country’s export earnings in 2020.

The country pumped 1.7 million barrels per day in 2021, down from 2 million a year earlier.

Nigeria’s economy could rise through the world rankings to the top 10 in 2050 with a projected GDP of over $6 trillion, surpassing Germany, the United Kingdom, France, and Saudi Arabia, said a 2016 report by PwC.

But only if Abuja transitions away from over-reliance on oil fast.

Services are the biggest drivers of growth in Nigeria, contributing some 46% to its GDP in 2020, followed by Industry (28.22%) and agriculture (24%). Due to underinvestment though, the sectors have not reached their full potential.

Africa’s most populous country goes to the polls next year fully aware that building lasting prosperity and a resilient economy cannot be delivered by oil.

Andrew Nevin, is a senior economist and partner at PwC Nigeria. He joins the program with insights on how Nigeria can get its post-oil future right.