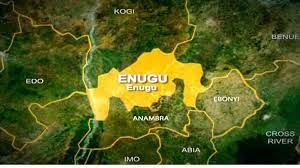 A governorship aspirant in Enugu State under the umbrella of the Peoples Democratic Party (PDP) Professor Jehu Onyekwere Nnaji, has said that all the six Local Government Areas that make up Enugu East Senatorial Zones should be given a level playing ground to produce the next governor in 2023.

Professor Nnaji who spoke through telephone  from Rome where he had gone for consultations, said, “I disovered that while the Governor of Enugu State Hon Ifeanyi Ugwuanyi, and his predecessors have jointly affirmed that the next Governor of Enugu State will come from Enugu East Senatorial District that some persons have become misguided.

According to him, “This misconception stems from the fact that they deliberately give a different meaning to ‘East’ by thwarting the East in Enugu East  to mean Nkanu East local government or  Enugu East local government while emphasizing only ‘East’ by eliminating the preceding taxonomy ‘Enugu’ and replacing it with Nkanu or by simply implying that Enugu East is to be understood as being a reference to the Local Government and not the Senatorial District” .

His words: “Some unscrupulous persons have gone further to draw non existent genealogical links between Isi-Uzo and Enugu East while others disassociate the cultural links between Nsukka and Isi-Uzo so as not to undermine Isi-Uzo in the current Gubernatorial considerations.

“All these tendentious permutations of  concocting a different meaning to ‘East’ nomenclature will snowball into a new  scenario of agitation within the Enugu East Senatorial District which adds to the heat in the polity especially when most in Enugu East Senatorial District view Senator Ekweremadu’s ambition to be inordinate knowing full well that Enugu West is not to be in the consideration in the scheme of things in the next gubernatorial elections of 2023.

“These situations and the dangers they portend have taken different dimensions as other political  mischief makers have hijacked Enugu Politics seeing that Enugu is embroiled in determining  how to roll out its long established Governorship  zoning system which revolves around the three Senatorial Zones in a cyclic manner.

“Most of these mischief makers are not from Enugu and have migrated to Enugu from adjoining States of Ebonyi,Anambra,Abia and Imo.

“While we are not at war with our brothers and sisters from nearby Igbo speaking states that make up the Southeast of Nigeria, it has become pertinent to state that most of these mushroom political pundits and opinion leaders have established various whatsapp platforms, fake blogsites and other social media platforms and in some cases place calls to potential aspirants seeking money and other gratifications from them to promote them to emerge as favourite gubernatorial candidates.

“This they do by conducting fake opinion polls and ascribing  fictitious marks to any aspirant(s) they have conned to pronounce them as the winning aspirants .

“While the Governor of Enugu is a distinguished politician that knows his onions and can’t be swayed by such obnoxious and mendacious poll results, the danger is that the unsuspecting public might be taken in by such fake postulations.