HomeEducationGarland for Prof. Uzodinma Nwala as he clocks 80 - By Ijeoma...
Education

Garland for Prof. Uzodinma Nwala as he clocks 80 – By Ijeoma Eke-Ojim/Enugu 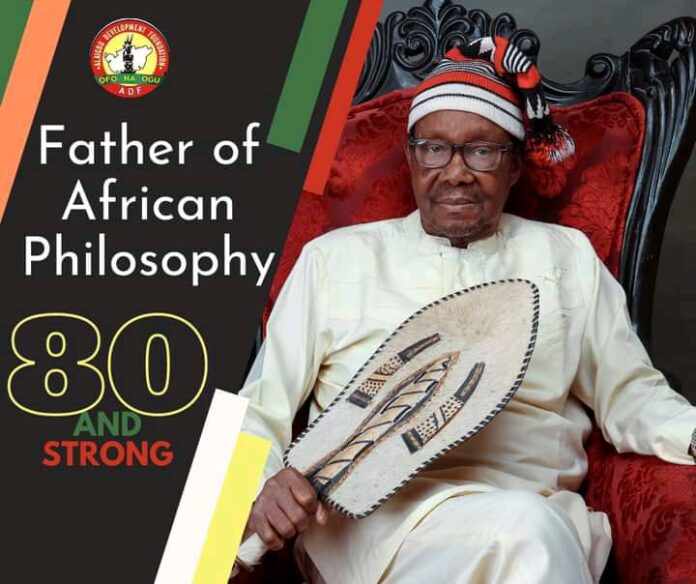 The event is one of the activities lined up to celebrate the 80th birthday of Prof. Timothy Uzodinma Nwala, who pioneered the teaching of African Philosophy in UNN and made it an internationally recognised discipline.

The event will take place on March, 17, 2022 at the Alexandria Auditorium, UNN where Prof. Nwala would deliver a lecture titled My “Autobiographical Encounter with African Philosophy”.

A statement signed by Chief Hon. Abia Onyike Chairman, Bureau of Media & Publicity, Alaigbo Development Foundation (ADF), and made available to Summit News, stated that the former Governor of Anambra State, Mr. Peter Obi, a former student in the Department under Prof. Nwala will be the Special Guest of Honour, while the Chairman of the occasion would be the former Governor of Enugu State, Dr. Okwesilieze Nwodo.

A former President of the Nigerian Philosophical Association(NPA), Prof. Nwala is generally regarded in the academia as the father of African Philosophy.

He received his Master’s and PhD degrees from the prestigeous New School for Social Research in New York in the mid 1970s, and obtained his Fellowship at the Oxford University and was a Fellow of the USSR Academy of Sciences in Moscow.

Nwala was the pioneer Executive Secretary of the Academic Staff Union of Universities( ASUU), from 1980-82, and was an elected member of the Constitutional Conference(1994-95) where he worked closely with former Vice President, Dr. Alex Ekwueme, to create the Institute of Civil Society and to organize the G-34 document which was the prelude to the ouster of military dictatorship and restoration of democracy in Nigeria.