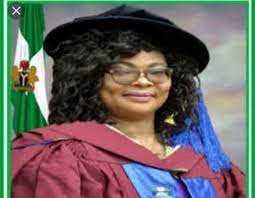 STAYALERT, a human rights group, and Non-Governmental Organisation (NGO),  has called on the federal government to re-appoint the current Provost Federal College of Education, Eha-Amufu, Enugu state, Dr. Pauline Ngozi Ikwuegbu, for a second term at the expiration of her first tenure, saying the move would demonstrate reward for hard work.

Speaking during a solidarity march in Abuja at the weekend, to appreciate the achievements of the Federal Ministry of Education under the leadership of Alhaji Adamu Adamu, and the Minister of State for Education, Hon Emeka Nwajuba, the Executive Director. STAYALERT, Hon. Hilary Onah, maintained that Dr.  Ikwuegbu should be given another chance to run the Federal College of Education, Eha-Amufu, so as to continue the good work she is doing there, adding that the gesture will promote excellence and encourage dedication to duty.

Hon. Onah praised Adamu and Nwajiuba for their contributions toward the progress and development of the education sector in Nigeria since they assumed office.

He recalled that his organization decorated Dr. Ikwuegbu last month as the Best Provost of Nigeria’s Colleges of Education, saying that she was chosen for demonstrating capacity, transparency, professionalism and credibility in the discharge of her duties.

The group praised Dr. Ikwuegbu over the level of development recorded in the institution, adding that her tenure has engendered unity among staff and students, and academic excellence.

Said Hon. Onah: “There is transparency and accountability in the award of contracts. The provost has turned the once dead institution to one of the most developed colleges of educations in Nigeria.”

He called on all the provosts in the country’s colleges of education to emulate Dr. Ikwuegbu in the discharge of their duties.

It is an affiliate of the University of Nigeria, Nsukka (UNN), for its degree programmes.