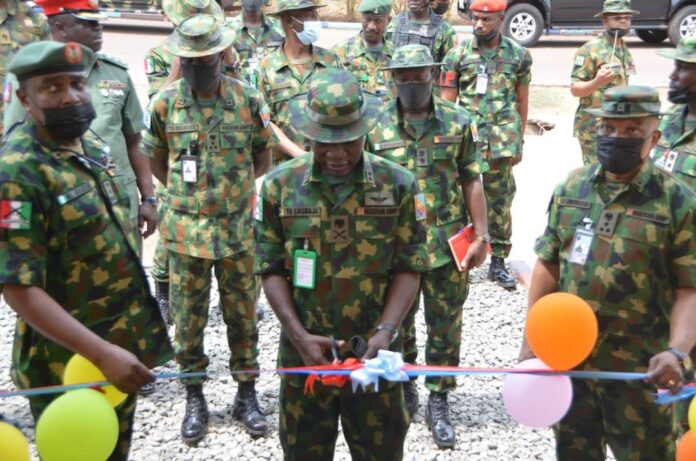 The GOC 82 division disclosed this while commissioning the key intervention projects completed by the Division in Abakpa Cantonment Enugu on 8 March 2022.

According to a statement signed by the Acting Deputy Director, Army Public Relations, 82 division Enugu, Lt-Col. Abubakar Abdulalahi, stated that the projects which were commissioned include the newly constructed Neuroscience and Wellness Centre, Specialist Outpatient Department/Urology Clinic and Nursing Station at 82 Division Medical Services and Hospital.

Gen Lagbaja in his remarks commended the Commander 82 Division Hospital for ensuring the projects were completed in good time, adding that the projects would greatly boost the capacity of the hospital to address the health needs of the Abakpa Cantonment and neighboring communities.

He further noted that the newly re-modelled Soldiers Club will provide a conducive environment for soldiers and their families to rest after a busy day, while the newly constructed transit accommodation will alleviate some of the challenges’ soldiers on transit face in relation to accommodation.