I have no regrets defecting to APC-Umahi-By Reginald Okoro 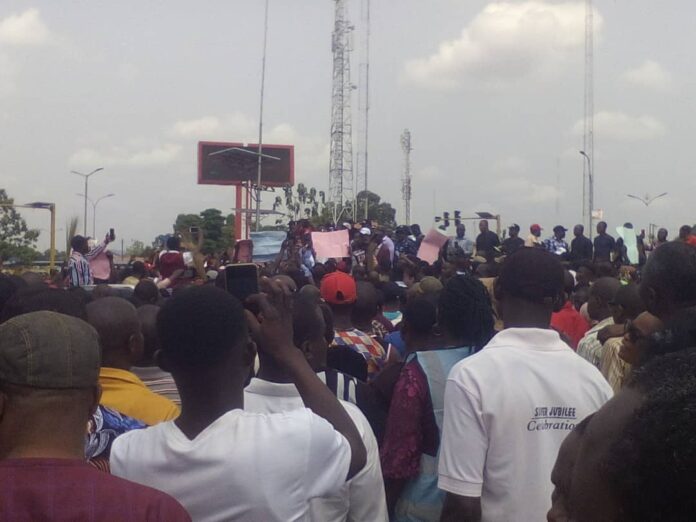 Gov. Dave Umahi of Ebonyi on Wednesday in Abakaliki said that he has no regrets defecting to the ruling All Progressives Congress (APC). The governor stated this while addressing members and supporters of the party during a solidarity rally held at the Udensi Water Fountain Round about in Abakaliki. Umahi who appealed for calms assured APC faithful, supporters and friends of the administration who thronged the venue of the rally to express their love and solidarity that the judgement sacking him as governor would not stand appeal. He reiterated that he had no regrets dumping the People’s Democratic Party (PDP) whom he accused of desperation and bent on distracting his administration.“I have no regrets leaving PDP. The judgement sacking me as your governor will not stand appeal and I’m still the governor of state, I’m still working.” I said the lawyers of PDP are the ones doing forum shopping and I’m going to write against the lawyers to NBA to discipline them because the judge was misled.” The blame is not on the judge. The blame is on the PDP lawyers who misled the judge.“And I’m using the opportunity to appeal for calm and to let Nigerians know that nobody castigated the judge and we will not.“Today, we have appealed the judgement. 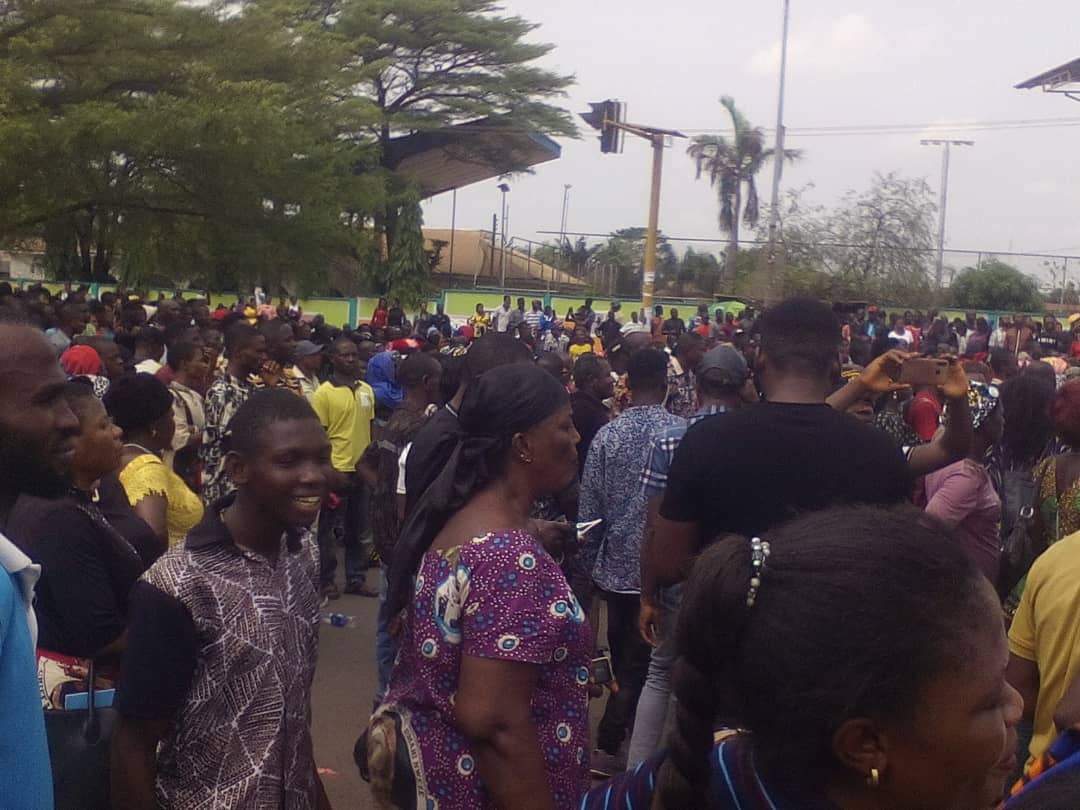 We have done three things; we have done the appeal at Enugu, and when I say that, we have two judgements, I say that the judgement in Ebonyi, which has equal powers with that of Abuja. “We said that we will obey the judgement in Ebonyi; we will appeal the judgement of Abuja. “We didn’t say we will disobey, otherwise we would have not appealed, we are before the Appeal Court in Enugu state and that of Abuja. “We have also filed a stay of execution. So, we are still the governor and dep. governor of Ebonyi,” Umahi said. The governor also reversed the alleged uncomplimentary statement made against Justice Iyang Ekwo of the Federal High Court, Abuja who delivered the judgement that removed him as governor on Tuesday. He said that he has mobilised no fewer than 17 Senior Advocates of Nigeria to Appeal the judgement of the Abuja Federal High Court.