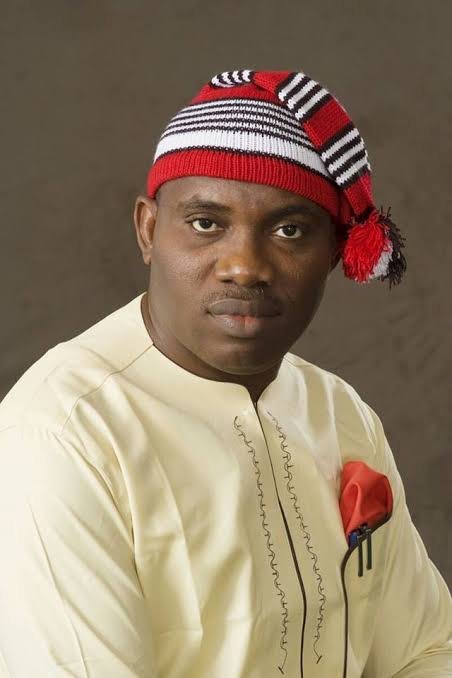 This is contained in a statement he issued on Thursday and made available to newsmen in Abakaliki.

According to him, the verdict whichever ever the pendulum swings will enrich the nation’s adjudicatory system and deepen party democracy in Nigeria.

He said: “As someone who has and will always speak and stand for the Ebonyi masses, I am optimistic that this verdict whichever pendulum it swings will indeed help in enriching the Nigerian adjudicatory system on election matter.

“I once again appeal to the people to remain calm and keep their eyes on the ball in electing a competent, credible and capable democrat who understands the core issues of governance to pilot the affairs of our dear state in 2023 elections.”

The former SSG noted that the landmark judgement was the first a serving governor and his deputy were been sacked by the court over defection to another political party.

“There has not been a judicial precedent of this kind since the advent of the Fourth Republic, hence the varied interpretations and reactions the verdict has generated.

“However, for reasonable and discerning minds, the prevailing situation, including the varied interpretations are all within the confines of what democracy permits,” he added.

Odoh regretted that since Umahi’s defection from the People’s Democratic Party (PDP) to the All Progressives Congress (APC) in Nov. 17, 2020 that there has been simmering relationship between him and PDP leaders in the state.

“While I appeal for calm on the part of fellow Ebonyi indigenes, I urge them to keep their hopes for a better democratic governance alive” he said.

Odoh noted that the way to a better future for the state was to look critically into the credentials and antecedents of those who might present themselves for election into the office of the governor.

The Professor of Geo-Physics chided the embattled governor of doing little to enhance the living standards of the people of Ebonyi .

He said that the construction of overhead bridges, concrete pavements and other ostentatious projects were not serving the best social and economic interests of the ordinary Ebonyi citizens.

“The interest of any good leader should be to fulfill the Jeremy Bentham’s Utilitarian philosophy of achieving the greatest happiness for the greatest number of the people.

“The masses who are at the receiving end of this entire political quagmire continue to bear the brunt of the gross inadequacies of the economic and social sectors that have direct impact on their lives,” he said.

Odoh who frowned at the uncomplimentary remark of Umahi against the judiciciary called on the Ebonyi governor to tender unreserved apology to the judiciary.

“I strongly condemn the attempt to ridicule our judiciary which Umahi has in several cases benefitted from the profound verdicts and wisdoms of our judges.

“The emotional outburst is undignifying of person holding exalted position of governor. It is the least of what any sane person would expect from a democratically-elected governor of a state,” he said.

Umahi and his Deputy, Dr Eric Kelechi-Igwe was on Tuesday sacked by Justice Iyang Ekwo of an Abuja Federal High Court.

The court also sacked Mr Francis Nwifuru, Speaker of Ebonyi House of Assemby and 16 other lawmakers for defecting to the APC.