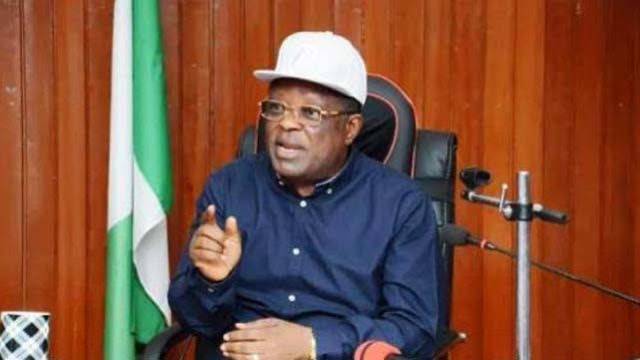 The Ebonyi Executive Council has urged the various security agencies in the state to ensure that security of lives and property as well as maintanance of law and order were not compromised.

The council made the call on Monday in Abakaliki in a communiqué jointly signed by members of the State Executive Council after its meeting to review the political situation in the state following the sack of Gov Dave Umahi and deputy, Dr Eric Kelechi-Igwe.

Recall that the duo were on Tuesday sacked by Justice Iyang Ekwo of Abuja Federal High Court following their defections to the All Progressives Congress (APC), in 2020.

The communique delivered by Mr Cletus Ofoke, Commissioner for Justice and Attorney General urged security operatives not to allow hoodlums to capitalise on the development to truncate the existing peace and security of the state.

“The Council calls on the various security agencies working to secure the peace and security of our dear state with the support of the governor to ensure that law and order are not compromised by the nefarious activities of a few individuals on a failed mission,” he said.

The members who appealed for calm said that they were optimistic that the judgement of the Federal High Court would be quashed at the appeal court. The council which applauded the governor for seeking judicial redress by appealing the judgement said that nothing would disrupt the existing political structure in the state.

“The Council enjoins all Ebonyi citizens to remain calm and to go about their normal businesses as nothing has happened to ulter the existing political structure in the state, particularly as Umahi and his deputy are still in charge of state affairs. “Council also believes that Ebonyi will emerge from this ephemeral distraction as a stronger, better and more united people,” Ofoke added.

The council also commended the press, both the conventional and social media for the unbiased reportage of the political situation in the state and appealed against sensationalism in the discharge of their statutory responsibility. Ofoke noted that council members after a review of the giant strides recorded by the Umahi administration in the areas of infrastructure expansion and security of lives and property of citizens as well as human capital development passed a vote of immense confidence on the governor. “Council believes that governor is competent and imbued with the capacity to adequately address the economic, political, security and socio-cultural challenges of Nigeria if elected president in 2023,”Ofoke added.