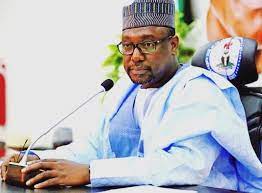 Governor Abubakar Sani Bello of Niger State, has expressed his heartfelt condolences to the Nigeria Police Force and members of the Vigilante Corps over the loss of their personnel in a gun battle with terrorists in Nasko, Magama Local Government Area of the State.

The governor in a statement by his Chief Press Secretary (CPS), Mary Noel-Berje, made available to Summit News, described as painful and unfortunate losing such personnel in action all in a bid to ensure safety of lives and property.

He said while some levels of successes were recorded recently following the onslaught by the joint security operatives which led to the killing of so many terrorists, the unrepentant criminals are bent on making some parts of the state unsafe to the residents.

Governor Sani Bello also commiserated with the people of Munya local government area over the killing, kidnapping and injury of many people in Chibani, Fuka, Dandaudu and other adjoining communities, saying the situation is quite disturbing.

While encouraging the Police, Vigilante Corps and residents of the affected communities not to lose faith in God no matter the situation as their would be light at the end of the tunnel, the Governor assured them of government’s continous support in ensuring insecurity is curtailed in the state.

He prayed for the repose of the souls of victims of attacks in Nasko in Magama Local Government Area and the communities recently invaded in Munya local government area, as well as comfort for their loved ones.

The Governor also prayed God to grant those injured quick recovery and safe return to those kidnapped.

Recall that terrorists were said to have surrounded a Divisional Police Station in Nasko yesterday (Monday) in what looked like a reprisal attack for the joint security operatives onslaught that killed so many terrorists and recovered hundreds of cattle.

It was reported that while the Divisional Police Officer DPO was meeting with the joint security operatives for another operation, the terrorists suddenly surrounded the station and a fierce gun battle ensued which led to the killing of the DPO, and six others including Police officers as well as Vigilante Corps personnel.

The terrorists were said to have recorded some casualties too as many were killed while some others escaped with gunshot injuries.

Security is said to have been beefed up in the area to forestall break down of law and order.