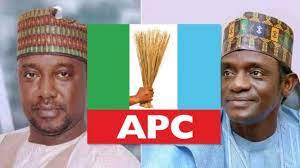 The Caretaker Extra-Ordinary Convention Planning Committee CECPC of the All Progressives Congress (APC) has re-assured members of the party that its National Convention will hold on March 26, 2022, as scheduled.

The reassurance came when Governor Abubakar Sani Bello, of Niger State, and other members of the CECP as well as some Convention Planning Sub-Committee members visited the Chairman of the Committee and Yobe State Governor, Mai Mala Buni at Yobe House, Abuja, on his return from a medical trip abroad.

Speaking to journalists, Governor Sani Bello who chaired the CECPC in acting capacity when the chairman was absent, explained that they discussed the progress made so far as regards the March 26th National Convention.

“Well, for the past one week I have been acting as the National Chairman and we made a lot of progress towards the convention.

“Like you know, we swore -in state party chairmen, we adopted the zoning system, we adopted some documents and decisions of CECPC.  So, I can tell you for free that we are good to go for the convention”, he asserted.

On his part, the Chairman, CECPC of APC, Governor Buni aligned with Sani Bello and other members of the committee on their position as regards to the March 26 National Convention of the party.

While appreciating them for the visit, the Chairman said it has provided them opportunity to discuss the way forward especially as the day for the convention draws closer.

“We are now at the finishing line, of course you know the convention is at hand. So, we are putting heads together to ensure that we achieve this feat of accomplishment”, he said.