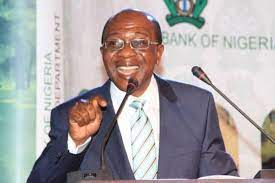 The Unified Northern Nigeria Youth Forum (UNNYF) has called on Nigerians to support the aspiration of Dr. Godwin Emefiele, as the next President of Nigeria for unity, economic and political progress of the country.

Director-General of the group, Ibrahim Bature, made the appeal in an interview during the group road walk in Minna, the Niger state capital, at the weekend, calling for Igbo presidency come 2023 for fairness and justice.

Bature said that the Central Bank of Nigeria Governor Dr. Emefiele, has proved his worth and urged northerners and Nigerians to rally around him considering his policies that have rejuvenated the nation’s economy, especially in the agricultural sector now contributing tremendously to the GDP.

He noted that if elected as a financial expert, economist he will surely replicate those impacted policies in other sectors of the economy for the betterment of the country to enable Nigeria join the league of nations.

The Spokesperson of the group, Aliyu Mohammed, described Dr. Emefiele as a Southerner with a Northern heart, the Champion of Northern Renaissance hence the need to declare the one hundred percent support for the green icon who is a liberator of the northern people.

Also, the State Coordinator, Mohammed Mohammed, however, enumerated some of the achievements recorded by Emefiele’s led administration as CBN governor that has impacted positively on women, youths and vulnerable Nigerians.