ISSUES: NKANU NATION AND THE GOVERNORSHIP OF ENUGU STATE: THE LION HAS NOT LOST ITS CLAWS 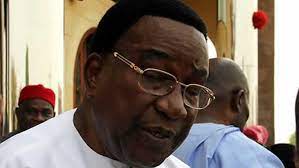 For quite some time now, we have watched with keen interest all the intrigues, scheming, subterfuges, and arrant perfidy deliberately being woven by some political actors all aimed at questioning the validity of Nkanu nation’s right to take her rightful turn in the rotational template of the politics of our dear state.

Our initial reaction was to respect the peaceful atmosphere that prevails in the state and not help to heat up the polity. We also thought that it is perhaps part of the glamour of politics for it to be heralded by some noise, howbeit stupid.

Therefore, it was deliberate not to take notice of the spineless effusions of some political desperados, or even the unremitting treacherous tendencies of some serial ingrates.

As they have continued to exhibit their lack of home training, knavery and avidity for histrionics, we now deem it fit to remind them that Nkanu still remains Nkanu they have always known and we do not request for any assistance to take home what is after all our own. We consider it totally abhorrent to beg for that which we have the capacity to earn.

Whereas we are not unaware that in the nature of politics, there would always be some fifth columnists whose values are essentially defined by greed; but as a people, we have always chosen to never attribute to malice that which is adequately explained by stupidity.

We note, however, that due largely to the provocations of one irreverent upstart we created some years ago, a lot of our peoples’ productive attention and resources have been wasted in campaigns and commentaries in both the social and traditional media.

But we also gladly note that notwithstanding his persistent blackmail, almost all the respectable leaders in the state across socio-political borders, including Chiefs Jim Nwobodo, Okwesileze Nwodo, Ken Nnamani, Chimaroke Nnamani, Sullivan Chime, Dubem Onyia, Hyde Onuaguluchi, Ben Collins Ndu, Chief (Mrs.) Justina Ezeh etc., are all in agreement that this rotational template which has over the years, ensured peace and seamless development across the state should, without let, be sustained.

The implication of disrupting this template against Nkanu is so stark that nobody in his rightful senses, including, with all due respect the Governor, would contemplate otherwise. In this regard, there is no dissonance that it is the turn of Enugu East senatorial zone to produce the next governor of our dear state.

It is instructive that only Ike Ekweremadu is stoking this threat against the Nkanu nation. Firstly, he is the purveyor of the insane thesis that there is nothing like a zoning template in the politics of the state, a euphemism that power should not rotate to Nkanu land. It is mind boggling to imagine the quantum of funds he has spent on this project.

Whatever maybe the other fissiparous reactions, including some few other renegades from other zones, wouldn’t have reared its head had Ekweremadu not first opposed zoning. While this may sound strange to untutored observers, why of all persons, it would be Ekweremadu, especially against the backdrop of the historical facts of Nkanu’s corporate benevolence in his life, the fact however remains that he has, in actual fact, remained at the root of the disharmony that pervaded in Nkanuland until recently.

Such cold treachery is the defining feature of his political career. But while such inveigling may have profited him immensely in the past, every sleight no matter how slyly conceived unravels at some point. The massive outrage that has greeted his trifling remarks about zoning is a testament to that.

Since the battle line has been drawn vis-à-vis his recent declaration, we promise we shall, as far as possible, fight according to the internationally recognized rules of warfare of this nature.

There shall be no holds barred; and we shall not sneak in kidney punches, neither shall we relent in the onslaught to appropriately requite with humiliation all those who have conspired to insult Nkanuland. Therefore, let nobody patronize us; it is our turn and we are capable of holding our ground.