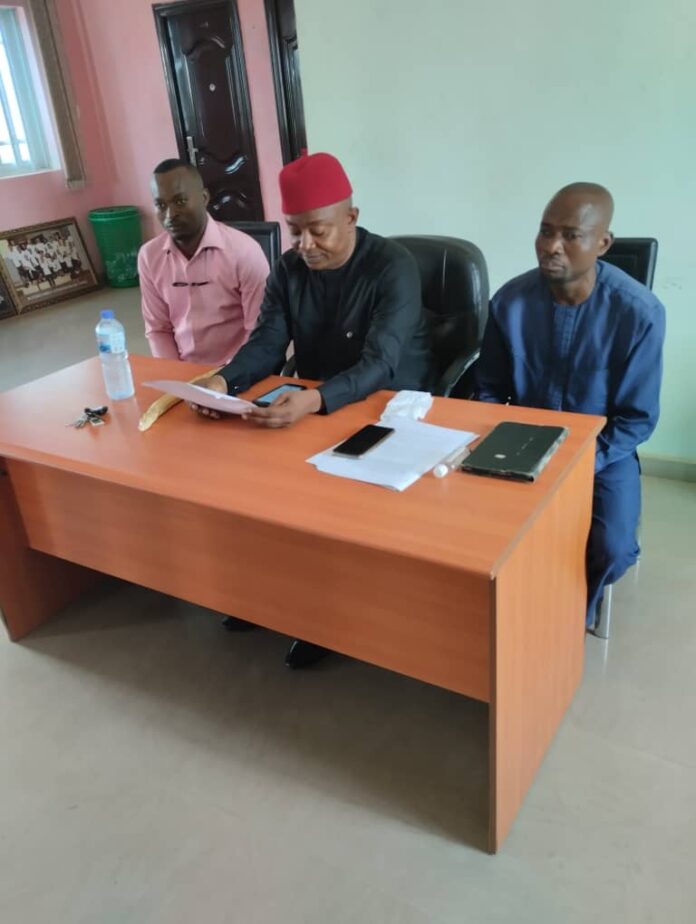 The Ebonyi chapter of the Social Democratic Party (SDP) said it has applied to be joined as interested party in appeal filed by Gov. Dave Umahi of Ebonyi challenging his sack by an Abuja Federal High Court.Mr Ndubuisi Chibueze-agbo, the party’s flag bearer in the 2019 general elections who briefed newsmen in Abakaliki on Tuesday said that decision was taken after wide consultations by the party.

According to him, SDP’s joining in the appeal suit pending at the Enugu Division of the Court of Appeal will enable the court capture and ventilate party’s position for possible consideration in the course of doing justice in the matter before it.

The former Commissioner for Education in Ebonyi said that the party had read and dissected the judgement of Justice Inyang Ekwo of Abuja Federal High Court of March 8 before it’s decision to seek leave of the court to be joined in the appeal.He said: “It has become very necessary that we take position as a party and critical stakeholder in the Ebonyi project known.”We are seeking to be joined in the appeal filed by Umahi and the All Progressives Congress (APC) challenging the sack of the governor and his deputy, Dr Eric Kelechi-Igwe as interested party.”Our party came third in the 2019 governorship election and that qualifies us to be an interested party in the legal tussle.

“We are on our own and not in support of the other parties involved in the suit. “Our interest as a political party is to ensure that justice is served and that peace is restored in the state.”The ex-guber candidate noted that history would not be fair to his party if it stood aloof and watch while some ‘greedy’ politicians plunge the state into needless political crisis.”It is all of us that will suffer if miscarriage of justice is allowed; and may God of justice come to our rescue as we join hands in bringing lasting peace to our people,” he added.

The party which also reacted to the ruling striking off the stay of execution filed by Umahi, commended Ekwo for the ruling and appealed to Ebonyi indigenes to remain calm and allow appeal court to adjudicate the matter.