HomePoliticsCoast clears for Adamu to clinch APC national chairmanship position as other...
Politics 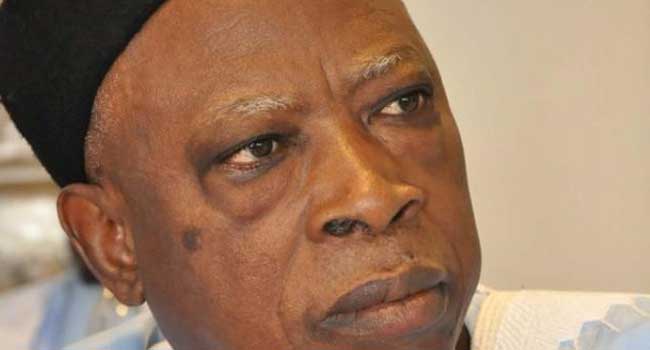 Former Governor of Nasarawa state Senator Abdullahi Adamu, is poised to become the next national chairman of the All Progressives Congress (APC) as all his co-contenders have withdrawn from the race.

This follows a series of persuasions and negotiations by leaders and governors of the APC for the other aspirants eyeing the ruling party’s top job to step down for Senator Adamu.

Adamu, a serving member of the Senate representing Nasarawa West and former governor of the state, is President Muhammadu Buhari’s choice for the job.

A letter dated March 25, 2022, and addressed to the chairman of the APC election sub-committee, confirmed the withdrawal of the aspirants totalling six.

“May I kindly refer to the appeal by Mr. President for the chairmanship aspirants of our great party to agree to a consensus arrangement wherein our colleague H.E. Sen. Abdullahi Adamu, is made our consensus candidate for the chairmanship position and forward letters of withdrawal from the underlisted aspirants,” said the letter signed by Senator George Akume

Akume who is the Minister of Special Duties and Inter-Governmental Affairs is one of the aspirants eyeing the office of the national chairman of the APC.

He listed the remaining five aspirants to include former governors Tanko Al-Makura and Abdul’Aziz Yari, as well as Senator Sani Musa, Saliu Mustapha, and Muhammed Etsu.

Senator Akume further confirmed his withdrawal from the national chairmanship contest in a statement on Saturday. But the other aspirants have yet to make any formal announcement as of the time of this report.

About a year and nine months after its National Working Committee (NWC) was dissolved, the APC is billed to finally hold its national convention.

In the course of the exercise at the Eagle Square in Abuja, the party is expected to elect a new NWC which includes a member to succeed former Governor Adams Oshiomhole as the party’s substantive national chairman.

The convention is being organised by the Caretaker Extraordinary Convention Planning Committee (CECPC) led by Governor Mai Mala Buni of Yobe State, which has since taken over the administration of the party’s affairs pending the election of a new NWC.

Governor Buni led CECPC took over the APC leadership in June 2020 after the APC National Executive Council met and resolved to dissolve the NWC based on the recommendations of the President, in a bid to resolve the crisis that hit the party at the time.