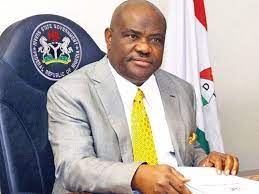 The Rumueme kingdom wore a festive mood, swelled with joy, pomp and pageantry, as traditional rulers, chiefs, politicians, business moguls, friends and well-wishers trooped to the palace of Nyenweli to felicitate to celebrate with Rumueme kingdom.

Addressing pressmen at the event, the highly elated celebrant, His Royal Majesty Nyenweli Omunakwe Nyeche Nsirim, Apiti of Rumueme, MON, said he will abide by the advice of Governor Nyesom Wike, at the church service, believing that other factions will agree to accept his olive branch.

“I will heed to the advice of the Governor during the church service, if they will agree. You know, they have this problem of jealousy. Some of them, I have never quarreled with them, I don’t know what they will claimed I have done to them. The issue I can remember is that they were claiming to come from a different community from Rumueme kingdom, which I told them they were wrong” Nyenweli stated.

He opined further, that there is strength in unity for Rumueme kingdom to come together, turn a new leave, and seek reconciliation from their hearts.

“Now that they have understood that we are one, its important we come together, because it will give us more strength, I’d we work together. It will also minimize the level of gossip, as we appreciate each other. Please anybody who wants to reconcile with Rumumeme kingdom should come to me, it doesn’t cost him money. I will just call ”Ndenweli” they come and we reconcile us”. he pleaded.

He admonished his subjects to close ranks and maintain peace and tranquility in Rumueme kingdom for them to collectively fight for themselves and leave in peace for better future of the kingdom.

“My massage to my people is that I will do more than what I have done to Rumueme kingdom, if we come together, because without unity we will continue to fight ourselves; it’s not good to us, after all what do I want in life that I have not achieved. All I desire in life God has given them to me; old age, exalted positions, children and wealth I have gotten all, what is it I should be quarreling with anybody in life” he emphasized.

Nyenweali expressed enormous gratitude to Governor Nyesom Wike for the great honour done to him, for not listening to gossip, and did the right thing for the elevation of the throne to a first class traditional institution in Rivers state.

“I thank Governor Ezenwo Nyesom Wike very much, he has done me much, by not listening to ”they say, they no say gossip” he reiterated

He stressed further that he is the bona fide possessor of Nyenweli chieftaincy throne in Rumueme kingdom, having come from the linage that liberated the Rumueme kingdom from their enemies centuries ago.

“I am by birth in the linage of the founder of Rumueme kingdom. We came all the way from Isiokpo in Ikwerre LGA, settled here and send away Rumuopara and Rumuirenta in this kingdom, we fought about 13th centuries ago and took over this area as Rumum anu menem” Nyenweli concluded.

Also speaking to Journalists at the sideline of the event, High Chief, Dr. Cockrene Udo, Ochiariri of Orowo in Rumueme clan enumerated some of the virtues why God recognized the stool in Nyenweli’s life time through Governor Nyesom Wike.

”God fought and made Nyenweli achieve his destinies during his life time, through Governor Nyesom Wike, because he is a Godfearing, transparent, peace loving leader, always forgiven, hospitable and a defender of righteousness. A father of all, in the Biblical injunction (Luke chapter 15 verse 11) who forgives whoever that returns with a repentant heart.

Nyenweli Omunakwe Nyeche Nsirim is a hero, a parsonage that is worth emulating, whose uncommon deeds will forever not forgotten in the history of Rumueme kingdom, Rivers state and Nigeria at larger.

I personally congratulate his Majestic Nyenweli Omunakwe Nyeche Nsirim, MON Apiti of Rumueme kingdon on the elevation to this exulted status of first-class stool in Rivers state”.

I, High Chief Dr. Cockrene Udo, pray for sound health, more years in his life, and wisdom to Shepherd the Rumueme kingdom”. he exposited.

Recall that since 1975, his Royal Majesty began his quest for the recognition of Rumueme kingdom but to no avail. Decades after, on the 13th of March 2021 the Executive Governor of the state Chief Nyesom Wike Esqr. CON, GSSRS, PoS Africa recognized and elevated the stool to a first-class chieftaincy stool in the state