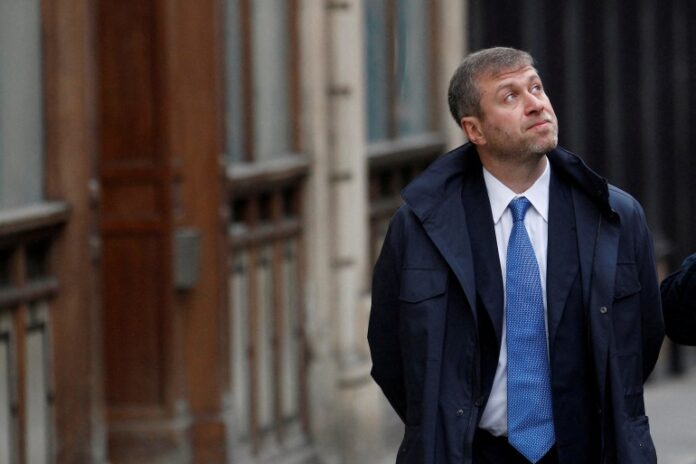 Abramovich, who accepted a Ukrainian request to help negotiate an end to the Russian invasion of Ukraine, and at least two senior members of the Ukrainian team, were affected, Monday’s report said, citing people familiar with the matter.

Their symptoms included red eyes, constant and painful tearing, and peeling skin on their faces and hands, it added.

Abramovich and the Ukrainian negotiators, including Crimean Tatar lawmaker Rustem Umerov, have since improved and their lives are not in danger, the US outlet reported.

The sources blamed the suspected attack on “hard-liners in Moscow who they said wanted to sabotage talks to end the war,” the WSJ said. A person familiar with the matter confirmed the incident to the Reuters news agency but said Abramovich had not allowed it to stop him working.

Experts who looked into the incident said it was difficult to determine whether the symptoms were caused by a “chemical or biological agent or by some sort of electromagnetic-radiation attack”, the sources were quoted as saying.

Later on, Monday, Ukrainian officials poured cold water on the report. Asked about the suspected poisoning, Ukrainian negotiator Mykhailo Podolyak, said “there is a lot of speculation, various conspiracy theories”.

Rustem Umerov, another member of the negotiating team, urged people not to trust “unverified information”.

A US official said intelligence suggested the sickening of Abramovich and Ukrainian peace negotiators was due to an environmental factor, not poisoning.

The US official told Reuters: “The intelligence highly suggests this was environmental,” adding: “Eg, not poisoning.” The official, who spoke on condition of anonymity, declined to elaborate.

The Kremlin has said Abramovich played an early role in peace talks between Russia and Ukraine but the process was now in the hands of the two sides’ negotiating teams.

According to the WSJ, the probe was organised by Christo Grozev, an investigator with Bellingcat – an investigative media outlet – which concluded that a Kremlin team poisoned Russian opposition politician Alexey Navalny with a nerve agent in 2020.

On its official Twitter account, Bellingcat confirmed that three members of the delegation attending talks “experienced symptoms consistent with poisoning with chemical weapons”, one of whom was Abramovich.

It also confirmed that symptoms included eye and skin inflammation and piercing pain in the eyes.

“Based on remote and on-site examinations, the experts concluded that the symptoms are most likely the result of international poisoning with an undefined chemical weapon,” the outlet said, adding that the move was most likely intended to “scare the victims as opposed to cause permanent damage”.

Bellingcat said that it intends to publish an investigation into the presumed poisonings, without providing more details.

Russian forces invaded Ukraine on February 24 in what President Vladimir Putin called a “special military operation” to demilitarise and “denazify” Ukraine. Ukraine and the West have said Putin launched an unprovoked war of aggression.

Several previous rounds of talks have failed to halt the fighting or overcome fundamental disagreements about Kyiv’s alignment with the West and Russia’s occupation of Ukrainian territory. But with the civilian death toll mounting and Russia resorting to air raids and shelling attacks that are laying waste to large swaths of Ukrainian territory, diplomatic efforts aimed at brokering a ceasefire have intensified.

The next round of face-to-face talks is slated for Tuesday in Turkey’s largest city of Istanbul.

The UN says more than 1,000 civilians have been killed since the beginning of the war.