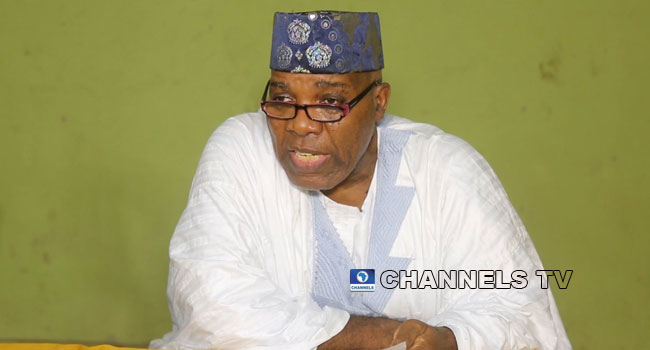 A former presidential aide, Doyin Okupe, has announced his withdrawal from the 2023 presidential race to support the ambition of former Anambra State Governor, Peter Obi.

He made the announcement on Wednesday, in Abeokuta, the Ogun State capital during a press conference held at the Iwe Iroyin press center.

He said the decision was made in alignment with the directive of elders and urged other aspirants to team up with Peter Obi.

“In aligning myself with the wish of our elders and in the interest of equity and justice, I publicly admit that the 2023 political race must be conceded to the South-East; that is, the Igbo.

“I, therefore, now proclaim that I am, as I have said publicly several times, withdrawing from the presidential race and I am declaring my support for the best aspirant not only in Igboland, but in Nigeria as a whole.

“For the avoidance of doubt, I am not fanning the embers of division, rather I am by this action lightening the torch of unity by establishing political stability on the pillars of truth and justice upon which the Bible tells us that even the throne of the Almighty God is founded.”

Okupe called for the adherence to the principle and dictate of the zoning system and urged other presidential aspirants under the People’s Democratic Party to join the presidential aspiration of the former governor in the interest of fairness, justice, and equity.

He was also the former national publicity secretary of the National Republican Convention (NRC).