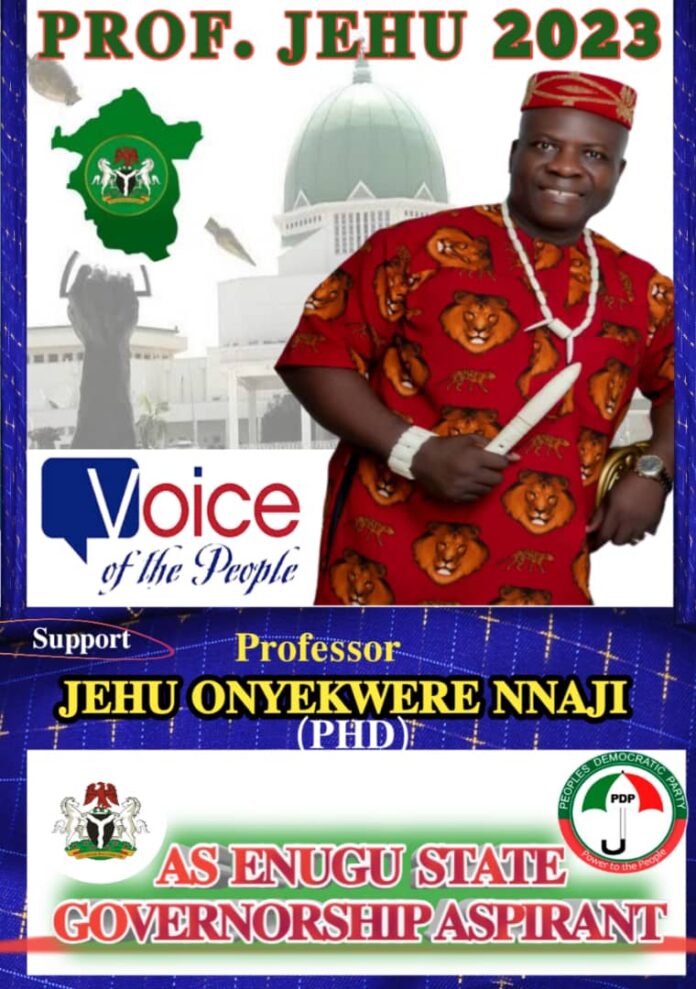 Speaking shortly after procuring the nomination form, Professor Nnaji said that though he has expressed interest to become Governor of the state after Governor Ugwuanyi, his decision on who succeeds him remains on his (Governor Ugwuanyi’s) table.

It was learnt that a group called “Better Enugu Group ” purchased the governorship form for the erudite Professor of International Law and Global Politics.

Nnaji currently works at the International Law,Politics and Integration, Globe Visions Network,Italy. Jehu is a scholar in Public Law.

Nnaji was a Judge at the International Criminal Court MCC at the Hague, Netherlands