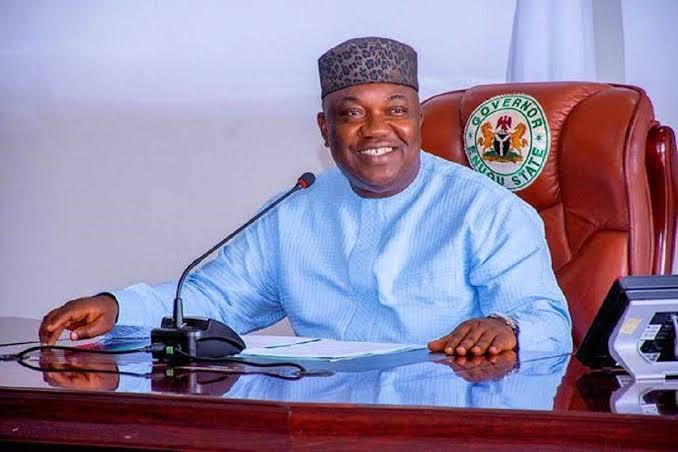 He got Anambra State officially listed as an oil-bearing state, with all the benefits. Still, his greatest achievement is working faithfully to have Chukwuma Charles Soludo, erstwhile Central Bank of Nigeria governor and an internationally recognized economist, succeed him.

Whereas most governors choose pipsqueaks or insignificant persons to succeed them in the hopes of continuing to pull the strings from behind the scenes when they are out of office, Obiano backed someone “who will do better than myself and take the state to higher development heights”.

Soludo promises to turn Anambra into Africa’s Dubai and Taiwan and consequently shows that the African can lead effectively. Every Anambra person is ready to forgive Obiano of any error for bequeathing Soludo to them.

The Soludo effect is already being felt across the nation, particularly in the Southeast. The other Southeastern states are being prodded to bring out their best to lead them, so that the region can launch and implement a far-reaching development agenda.

There is perhaps no state where the Soludo effect is being felt as Enugu which, until August 27, 1991, was one state with the current Anambra State.

There is so much cultural propinquity between the people of both states, with many communities sharing the same ancestry. For instance, the Umudioka community in Awka traces its history to the Nkerehi in Nkanuland of Enugu State.

One or two communities in Awka acknowledge their historical links to Udi Local Government Area in Enugu State.

In the same way, a number of communities in Oji River LGA in Enugu State know their ancestors migrated from Anambra State.

Professor Adiele Afigbo, the foremost historian of Igbo society, points out the Awka origins of places in the Nsukka senatorial zone. The dialect of the Igbo language widely spoken in Enugu and Nsukka cities is basically the same dialect spoken in Onitsha and Awka.

It is, therefore, not surprising that immediately the ruling All Progressives Grand Alliance (APGA) in Anambra State nominated last June 23 Soludo as  its candidate in the November 17 gubernatorial election, many people in neighbouring Enugu State began to look for their best person to take over leadership from Governor Ifeanyi Ugwuanyi next year.

And the moment Soludo won the election, the majority of Enugu leaders appeared to reach the consensus that Bart Nnaji, the results- oriented erstwhile Minister of Power as well as former Minister of Science and Technology, be pressured to join the governorship race.

On Sunday, April 4, 2022, a group of young men and women across the state who don’t want their state to lag behind presented to Nnaji the expression of interest and nomination form of the Peoples Democratic Party (PDP), the government party in the state.

Nnaji accepted and declared his interest in the governorship race. The event is reminiscent of how a number of Soludo support groups comprising mostly the youth last year purchased the expression of interest and nomination form for Soludo and the former CBN governor accepted and declared preparedness to run.

The Southeast may be finally getting it right, development-wise. Soludo is immersed in the development ideology. His record as the Chief Economic Adviser to President Olusegun Obasanjo and Vice Chairman of the National Planning Commission as well as the CBN governor is stellar.

Soludo has been studying how such nations and territories as Singapore, Malaysia, Thailand, Hong Kong, South Korea, Taiwan, and the rest leapfrogged within only 30 years from their Third World status to First World status.

He led the Anambra Vision 2070 Committee, charged to design a strategic plan to enable Anambra State to become a fully developed economy within 50 years.

Nnaji may well be described as rapid development personified. He in 2001 led a small team of young engineers to build a power plant in Abuja, the first time Nigerians achieved such a feat.

For the two years the emergency plant operated, there was not a single power outage in State House, the Nigerian National Petroleum Corporation (NNPC) headquarters, the Abuja Central Business District and other places it provided electricity.

The roaring success of the project led Dr. Ngozi Okonjo-Iweala, Director General of the World Trade Organization and Dr James Wolfensohn, at the time the World Bank President, to persuade Nnaji to build a power plant for the industrial Aba City in Abia State whose creative, innovative and energetic people were being paralyzed by poor electricity.

The integrated Aba Power Project, including a 141 megawatt power plant and the Aba Electricity Distribution Company, was practically completed 10 years ago, but could not start all these years owing to what is popularly known as the Nigerian factor.

The good news is that the Aba Power Project will be commissioned in September, enabling Aba to become the first city in Nigeria to have safe, quality, reliable and affordable power.

The first Blackman to be Director of e- Design by the American National Science Foundation. The first African to be conferred with the Baker Research Fellowship Award, regarded as the Nobel Prize of Industrial Engineering.

The first African to be named one of the three top scientists in the world in robotics engineering. The first Minister from Nkanuland. The first and only person from Enugu State to win the Nigerian National Order of Merit, the country’s highest honour for intellectual achievement. The list goes on and on.

While he was leading the power sector, Nigeria developed for the first time a roadmap for the development of the electric power sector. Under his leadership, there were places which did not experience even a second power blackout for a whole month.

Nnaji made it possible for the Egbin Power Plant under my leadership to revive Unit 6, bringing its power output to 1320 Megawats, the biggest power plant in Nigeria.

So, it is understandable why eminent Enugu patriots are fully behind Professor Nnaji in the quest for a better Enugu State.

The leaders include Admiral Allison Madueke, former Governor of old Anambra and Imo states, and the first Igbo to head any of the Armed Forces since the Civil War which ended in 1970; Dr. Okwesilieze Nwodo, the first elected Enugu State Governor who has been both the PDP National Secretary and PDP National Chairman; as well as Ike Chioke, the brilliant Chairman of Afrinvest, a foremost financial services and economic consulting firm in Lagos.

For Enugu people, it is morning yet on creation day.