I have not resigned as Ebonyi SSG-Ugbala – By Reginald Okoro 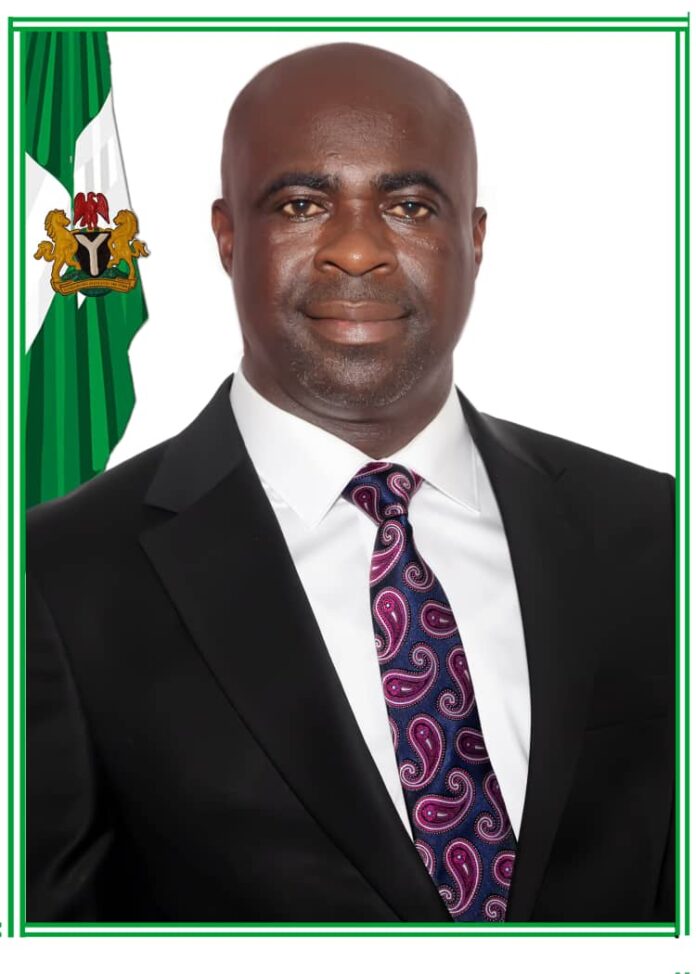 The Secretary to Ebonyi State Government, and Coordinating Commissioner, Dr Kenneth Ugbala, said the news making the round in both mainstream and social Media that he has resigned from office, was false.

He said the authors of the publication completely misquoted what he told Journalists who interviewed him on Thursday morning when he visited state Secretariat of the All Progressives Congress (APC), Abakaliki, for consultation on his senatorial ambition.
He urged the general public to disregard the publication, as there was no iota of truth in it.
Ugbala said, “When I was asked by the pressmen whether I have resigned from office, what I said was that I know the provisions of the Electoral Law very well and that I’m taking all the necessary steps; that my boss, His Excellency, Gov. David Umahi, who graciously appointed me as Secretary to Government, has all the necessary documents, not myself.

“I also told them that the office of the Secretary to State Government which I occupy, is known for confidentiality. And that I’m not the one to announce my resignation.

“So, I have not told anybody that I have resigned my appointment. I urge the general public to disregard the publication in its entirety,” he explained.

Ugbala had Thursday morning met with the APC State Working Committee,Ebonyi State chapter, at the Party’s Secretariat, Abakaliki, to consult them on his senatorial ambition.

He is aspiring to represent Ebonyi Central Senatorial zone, come 2023, in the National Assembly.

He said he came to consult the party leaders over his senatorial ambition, to seek their approval and support.

“I’m here to consult with the State Working Committee of our party and seek their approval and support, to run for Senate, come 2022/2023 for Ebonyi Central Senatorial District. You know political party is a platform through which you can come into leadership. And before any step is taken, it’s necessary to consult with the party leadership and seek their approval. That’s why I’m here,” he said.

Ugbala who had served as Senior Special Assistant (SSA) as well as Commissioner under Governor David Umahi’s administration, before his elevation to Secretary To State Government, said he would ensure effective and efficient representation if elected Senator, come 2023.

“I’m contesting to contribute my quota for efficient and effective representation and ensure accountability, and to join hands with other leaders that the State is enthroning, come 2023, to make sure we build and expand on what the present Governor has done.”

He added, “I offer myself for this service for the interest of the masses.”