Ugwu declares for President, urges North to concede 2023 ticket to South, says he has ‘right mix of competence, educational qualification, to run Nigeria 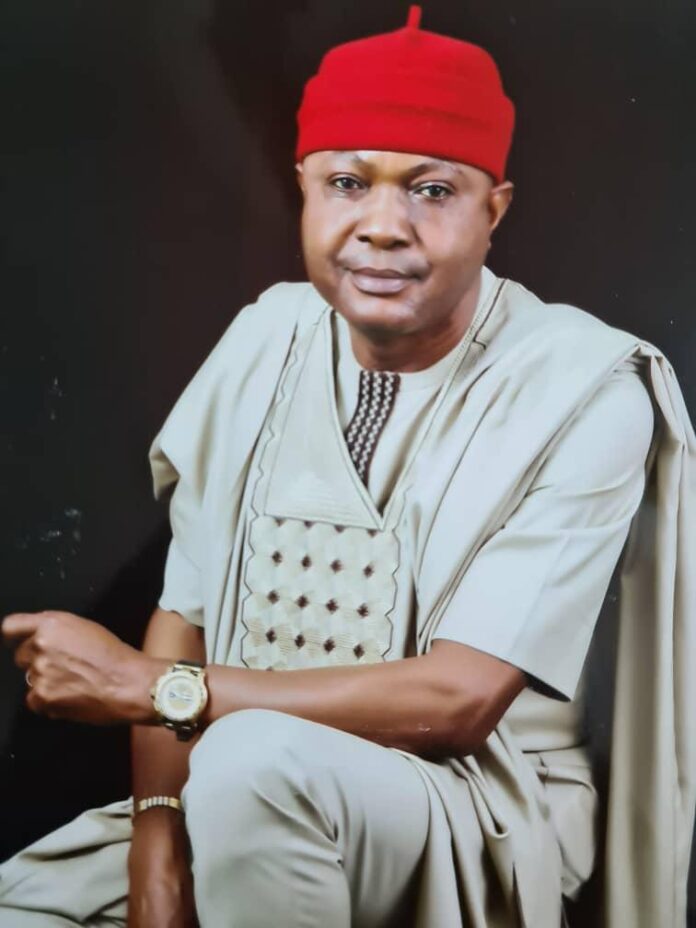 Chief Ugwu: “The fortunes of our great country have been on a progressive nose-dive since 2015”

A distinguished attorney, entrepreneur and Peoples Democratic Party (PDP) leader in Enugu State, Chief (Barrister) Charlie Ugwu, has joined the 2023 presidential race, with a call on PDP stakeholders from the North to concede the presidential ticket to Southern Nigeria, in the interest of equity, inclusiveness, justice and fairness.

In a speech Friday, April 15, 2022,  to mark his formal declaration of interest in the 2023 presidential race on the platform of the PDP, at his Campaign Organisation’s office in Wuse II, Abuja, Ugwu, a well-known estate developer and PDP kingpin based in the FCT, said the socioeconomic and political challenges facing the country had become so bad that “no man with capacity, material or intellectual, can watch while this state of affairs ravages our country” without doing something.

Ugwu said it was in the light of those challenges and convinced that he had the competence, requisite educational qualification, experience in human/material resource management, and adequate emotional intelligence needed to steer the Nigerian ship of state out of murky waters at this point in the nation’s history, that he decided to throw his hat in the ring for position of President of the Federal Republic to enable him “run and save Nigeria.”

“As a consequence of the prevailing situation, I hereby announce my intention to join the presidential race. I have already procured the forms to contest the presidential nomination of the People’s Democratic Party,” Ugwu who is called Onowu, his title as the traditional Prime Minister of Igugu, his community in Udenu Local Government Area of Enugu, announced to a cheering audience at his Wuse II campaign office, Abuja.

“My fellow countrymen and women, I seek your hands of fellowship and support. Let us confront this state of our dear country with hope and determination.  Let us for once pause from our collective despair and hopelessness. This task will be daunting, I dare warn. But with determination and total commitment, victory shall be ours. With God all things are possible.”

Insisting that the ruling All Progressives Congress (APC) ‘has brought the country to a sorry pass’, Ugwu said it was time again for the PDP to reclaim its mandate as Nigeria’s truly democratic and progressive party destined to lead the country to the promised land, noting, however, that the party’s new march to that manifest destiny must also be anchored on equity, inclusiveness, justice and fairness for all parts of the country.

Accordingly, the presidential hopeful called on “my Northern brothers in our great party, the PDP, to pay due regard to the Constitution of our party (which) provides that the party shall ‘adhere to the policy of the rotation and zoning of party and public elective offices in pursuance of the principle of equity, justice and fairness,’” and do the needful by supporting the zoning of the 2023 PDP presidential slot to southern Nigeria.

“The purpose of this provision is to guarantee inclusiveness, ensure equity in power residency and to encourage in perpetuity healthy political dialogue and engagement between the North and the South,” Ugwu pointed out. “In this regard, it is noteworthy that in the 2019 PDP primaries in Port Harcourt, only Alhaji Atiku Abubakar, Dr Olusola Saraki and Governor Tambuwal contested. This was in deference to the constitutional mandate on rotation which saw the entire Southern PDP not contesting. With the emergence of Alhaji Atiku Abubakar as the flag bearer, the party entered the presidential election in 2019 with a Northern candidate but unfortunately lost to the APC.”

He queried: “Now, my country men and women, paying due regard to the foregoing fact, and the optics of eight years of a Northern president even though not of the PDP, wouldn’t it be proper that our Northern brothers in the party reciprocate the gesture of the South in 2019 by leaving the 2023 field to only Southern candidates in a true deference to our Constitution? Is it not said that one good turn deserves another? I hereby call on our Northern brothers to reciprocate the gesture of the South in 2019.”

According to Barrister Ugwu, while he was not against micro-zoning of the presidential ticket, it was more important to him, as it should be to all concerned, that the ticket was zoned to the South first.

“Thereafter, we will then see which ‘equity’ should be more urgently addressed: the equity of the South West that has had eight years of Obasanjo as President and eight years of Osinbajo as VP, or equity of our South South brothers who have had five years on the saddle and are only angling to complete their second term, or equity of the South East, which has only had six months of executive leadership of the country?”, Ugwu argued. “But let’s get the slot down South first.”

Taking further potshots at the APC, Ugwu lamented that since 2015 when “the All Progressives Congress (APC) government was elected…the fortunes of our great country have been on a progressive nose-dive.”

“The exchange rate of the naira to the dollar sums up the state of our economy. No one in his wildest dream could have imagined this level of catastrophe. Inflation has exceeded the capacity of economists to calibrate it. Food scarcity is stretching the holding ability of our impoverished people to hang on to life. Education has collapsed at the tertiary level as ASUU is permanently on Strike. Healthcare has gone comatose as our hospitals have become worse than the proverbial consulting clinics. Boko Haram, herdsmen, bandits, unknown gunmen and separatist groups have all made life in Nigeria ‘solitary, poor, nasty, brutish and short’ – to quote from Thomas Hobbes’ Leviathan. In Northern Nigeria, entire local government areas are under the control of bandits,” the presidential aspirant agonized, warning that the nation risked collapse unless APC was voted out of power for a more competent national leadership provided by the PDP, to take over.

“I am, therefore, offering myself to lead that charge by the PDP at a corrupt power cabal that has brought nothing but deaths, disunity and hunger to our dear country; we cannot allow APC to return to power again in Nigeria after this disastrous time out. We can’t afford that,” Ugwu surmised.