US calls for weapons as Russia grinds Ukraine down 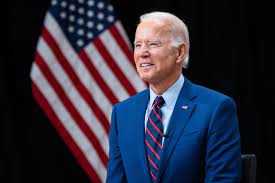 US President Joe Biden: “We have got to move at the speed of light.”

The supply of urgently needed weapons to Ukraine and Russia’s furious reaction to Western involvement in its war with its former vassal state were the dominant themes of the ninth week of the Ukraine war.

US Secretary of Defense Lloyd Austin pressed 40 nations for weapons deliveries to Ukraine at a conference at Ramstein Air Base in Germany on April 26.

“The briefings today laid out clearly why the coming weeks will be so crucial for Ukraine. So we’ve got to move at the speed of war,” said Austin who was clear about the strain these deliveries would have on arsenals.

He spoke of “the tremendous demand that we’re facing for munitions and weapons platforms and giving our staunch support to Ukraine, while also meeting our own requirements and those of our allies and partners”.

A day earlier, Austin and US Secretary of State Antony Blinken praised Ukrainian President Volodymyr Zelenskyy, in Kyiv for his country’s resistance. “What you’ve done in repelling the Russians in the battle of Kyiv is extraordinary and inspiring quite frankly to the rest of the world,” said Austin.

“The strategy that we’ve put in place – massive support for Ukraine, massive pressure against Russia, solidarity with more than 30 countries engaged in these efforts – is having real results,” blinken told reporters after the meeting.

“We’re seeing that when it comes to Russia’s war aims, Russia is failing, Ukraine is succeeding. Russia has sought as its principal aim to totally subjugate Ukraine – to take away its sovereignty, to take away its independence. That has

‘Oil on the flames’

The reaction from Russia was severe. Foreign Minister Sergey Lavrov warned Western support for Ukraine was turning the war into a proxy conflict between NATO and Russia, with the inherent risk of triggering a third world war.

“I would not want to elevate those risks artificially. Many would like that. The danger is serious, real. And we must not underestimate it,” Lavrov said on Russian state television.

“What the Americans are doing is pouring oil on the flames,” he told the Rossiya 24 TV channel. “I see only an attempt to raise the stakes, to aggravate the situation, to see more losses.”

US President Joe Biden has studiously tried to avoid the perception of escalation, forbidding Poland from sending MiG-29 fighter planes to Ukraine. But the US has now stepped up its weapons shipments. Biden announced the second $800m package of military aid to Ukraine within a week on April 21.

“We’ve sent thousands of anti-armour and anti-[air] missiles, helicopters, drones, grenade launchers, machine guns, rifles, radar systems. More than 50 million rounds of ammunition had already been sent. The United States alone has provided 10 anti-armour systems for every one Russian tank that’s in Ukraine – a 10 to one ratio,” Biden said.

The two packages brought Ukraine 90 howitzers along with 183,000 shells, and 120 Phoenix Ghost Tactical Unmanned Aerial systems – drones the US air force developed “in response, specifically, to Ukraine’s needs”, according to Pentagon spokesman John Kirby. The Phoenix Ghost is akin to the Switchblade drone, a kamikaze weapon that guides itself to a designated target and detonates.

‘Our appeal to the world’

In Germany, the issue has been divisive, partly because Germany still depends on Russian oil and gas to power its manufacturing industry. On April 26, Russia said it was cutting gas supply to Poland and Bulgaria because they refused to pay for gas in roubles, as Russian President Vladimir Putin, demanded – a clear shot across Germany’s bows.

German Chancellor Olaf Scholz defended his reluctance to send the heavy weaponry Ukraine needs, saying NATO involvement could lead to a nuclear war in an interview with Der Spiegel.

“That’s why it is all the more important that we consider each step very carefully and coordinate closely with one another,” he said, also echoing Lavrov. “To avoid an escalation towards NATO is a top priority for me.”

Germany has said it will soon decide whether to allow the refurbishment and delivery to Ukraine of a direct shipment of 100 Marder infantry fighting vehicles. German defence contractor Rheinmetall has applied for a licence to export the vehicles to Ukraine. The licence must be granted by the national security council, chaired by Scholz.

The weapons debate took place against a worsening situation for Ukraine on the ground. Russian forces were reported to be making measured gains in the east of the country, along several columns designed to encircle about half the Ukrainian army between Izium and Mariupol. Fighting was especially intense around Rubizhne, Popasna and Marinka.

The Institute for the Study of War assessment is Russia has learned from its mistakes in Kyiv.

“Russian forces have adopted a sounder pattern of operational movement in eastern Ukraine, at least along the line from Izium to Rubizhne. Russian troops are pushing down multiple roughly parallel roads within supporting distance of one another, allowing them to bring more combat power to bear than their previous practice had supported,” said the institute. “Russian troops on this line are making better progress than any other Russian advances in this phase of the war.”

In a video posted online on April 21, the commander of the 36th Marine Brigade still fighting in Mariupol said his men did not have long.

“This is our appeal to the world. It may be our last. We may have only a few days or hours left,” Serhiy Volyna said. “The enemy units are dozens of times larger than ours, they have dominance in the air, in artillery, in ground troops, in equipment and in tanks.”