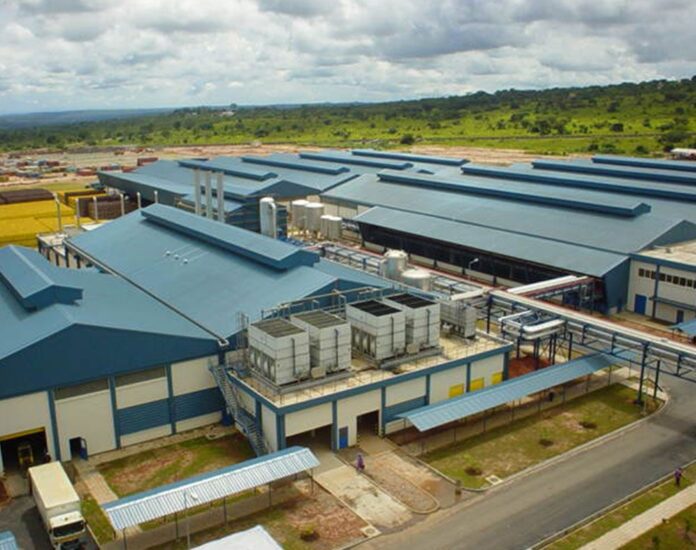 The Nigerian Breweries PLC has said that it will spend a total of 56 billion naira on the expansion of its Ama Brewery facility in Enugu State. Chairman of the Nigerian Breweries PLC, Kolawole Jamodu, who made this known during the commissioning of the Ama Brewery Expansion Civil works said that the impact of the expansion will lead to improved revenue and increased economic activities in the state.Jamodu explained that the project will be executed in two phases, with the first phase to be completed in 2022 in full compliance with international environment and safety standards.

He noted that, “our partnership with the state government has seen us invest hundreds of millions of naira in various community projects and social investment initiatives in the areas of Health, Education, Community infrastructure and Sports development.”Nigerian Breweries Plc has been listed as one of the highest tax-paying companies in Nigeria and the highest in the manufacturing industry, with tax and duty payments of approximately N416 Billion since 2016. “In 2021 alone, we paid over N400 million in employee taxes, levies and other duties to the Enugu State government”.

Speaking during the event, President of the Manufacturers Association of Nigeria, MAN Mansur Ahmed said that the expansion of the brewery is key to the optimisation of national Industrial capacity which will further improve competitiveness.Ahmed who was represented by the Managing Director of MAN, Segun Ajayi said that it is no news that the brewery is one of the best in the entire West Africa, adding that what is news is that the Brewery is about to expand its activities.  “We commend the board and management of the Nigerian Breweries PLC for the project,” he said.

In his address, Enugu State governor, Ifeanyi Ugwuanyi thanked the NB PLC for its decision to expand further, a move which according to him, will  expand the company’s market share in the beverage market.Ugwuanyi, who was represented by the Secretary of State government, Simon Ortuanya, said that the state will always provide an enabling environment for the company, adding that it will supply the company with the needed workforce, regulatory framework and tax regime to ensure that the goals and objectives of the expansion are achieved.”I thank you and your team for your consistent contribution to the economic of Enugu State.”Your achievement is due to the peaceful operating environment we have built in Enugu”, Ugwuanyi said.