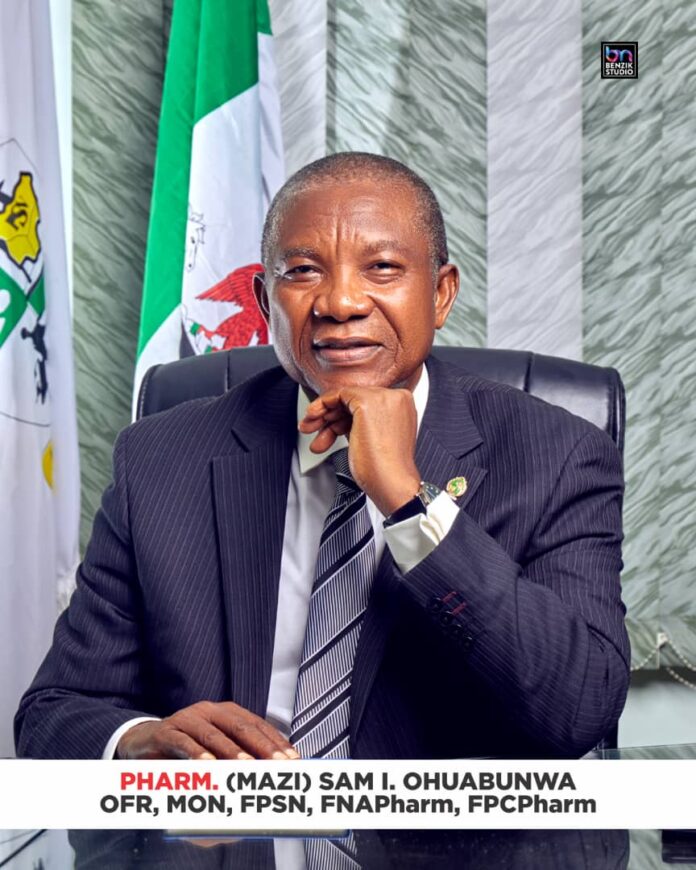 A socio-politico group, South-East For President 2023 (SEFORP2023), says it has adopted and endorsed Mazi Sam Ohuabunwa, as its preferred presidential candidate, for the 2023 presidential election. The group made its position known in a statement issued by the Ohuabunwa Media Office and made available to newsmen on Saturday in Abakaliki.

SEFORP2023 said it had weighed and studied all the presidential aspirants and their pedigrees, and has come to the realisation that Ohuabunwa stood out, among them, hence was rooting for his emergence as the next Nigeria president. The group, which boasted it had over 60 chapters scattered within and outside the country, urged the People’s Democratic Party (PDP) to be fair, just and transparent in the screening of all presidential aspirants of the party.

The body sressed that it would protest should the leadership of the PDP, unfairly and unjustly edge out Ohuabunwa in the forthcoming presidential primaries.

Ohuabunwa, a former Chairman of the Pharmaceutical Society of Nigeria (PSN), is one of the frontline aspirants from the South-East extraction aspiring to be Nigeria’s President come 2023, on the platform of the PDP. According to the statement, the National Coordinator of the group, Rev. Okechukwu Obiora, announced its endorsement of the former Chairman of Manufacturers Association of Nigeria (MAN), in Enugu, on Friday, during its third year anniversary celebration.

The statement read in part: “Myself, other coordinators and members today, welcome members from the four corners of this country and overseas for this great time and purpose such as this, in the history of our dear country. “We have called you to be part of history, when a pioneer advocacy movement in the South-East, such as South-East For President 2023, which has consistently and sacrificially traversed all the six geopolitical zones in the country and beyond with more than 60 chapters.”Our vision is that by 2023 the President of the Federal Republic of Nigeria will come from South-East.

“Our mission is to make every political party, especially the two major political parties, the All Progressives Congress (APC) and PDP or any Third Force cede their presidential slots to the South-East geopolitical zone.”We will also ensure that the South-Easterners work in concert or harmony to cede to the most viable and the most qualified entrant, as candidate.”It added: “However, today we have ominous signs of our vision coming through positively and we are excited and thankful to God Almighty. “Our mission also is getting fulfilled as the two major political parties in particular, the APC and the PDP are having sleepless nights in not doing the needful, as our tireless optimism in our advocacy has caught them napping.” Our untiring, persistent and courageous efforts these last three years have put these two major political parties in a state of ‘Amakaeme-Amaghi nke aga eme’ (in a confused , convoluted, dilapidated and unpatriotic state). “In the event our preferred aspirant does not emerge as a candidate of PDP, due to irregularities, we will meet to decide what other steps to take.”