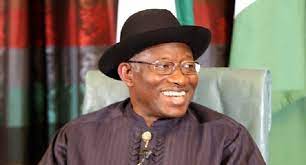 The Movement for the Survival of Izon Ethnic Nationality in the Niger Delta (MOSIEND), has called on ex-President Goodluck Jonathan, to heed the clarion call from Nigerians to join the presidential race.

The group made the call on Tuesday in a statement issued by its National Secretary Ambassador. Amain Wiston Cottrell in Yenagoa, the Bayelsa capital.

They noted that the Jonathan option stands to stabilise Nigeria , adding that fielding Jonathan will ensure the All Progressives Congress  (APC) retains power beyond 2023.

“We commend our brothers from the northern part of the country calling for the former President, Dr. Goodluck Ebele Jonathan GCFR, to throw his hat into the ring to contest the 2023 presidential election.

“It is a commendable one.

“We have carefully considered the profiles of the calibre of men and women who have indicated interest to contest the presidential election of 2023 and the need to choose a credible, transparent and experienced candidate who understands the multifarious problem of the country.

“Nigeria needs a leader with the capacity, discipline, focus and temperament to manage and address the situation while still taking the country out of the socioeconomic challenges.

“The country is in dire need of healing the wounds and interethnic dissatisfaction and religious rivalry.

“In our view the former President is one who is not power hungry, the whole world knows that Dr Jonathan is not desperate about coming back , hence, he will be a bit reluctant in accepting this onerous task.

“Of course Jonathan’s competence to handle Nigeria’s problems more effectively and efficiently is not in doubt.

“He is not new in that environment, he was focused and steadily fulfilling his vision and agenda for the country before the interruption and will swifly get things done before any other candidate.

“To this wise, having extensively consulted far and wide with Community Youth Leaders and critical ethnic Nationality stakeholders in the region”We have their consent to call on the former President Dr Goodluck Jonathan to accept the clarion call by Nigerians to contest the 2023 Election.

“It is obvious that while as humans we have our plans and dreams about the country,  God also have His plans to advance Nigeria as well.

“God has not finished with Dr. Goodluck Ebele Jonathan concerning the leadership of our great country yet,” MOSIEND stated.

The Niger Delta group advised the former President to be mindful that people of the region will not welcome him if he turns down the call of the Nigerian masses.

The group observed that the situation in Nigeria is worsening by the day and requires somebody with wealth of experience, detribalised and uncommon leadership attributes to fix the challenges.

“Nigerians cannot afford to misuse this opportunity to stabilize the country.

“Jonathan has been there, he has a clear roadmap to bail us from this quagmire we find ourselves in.

“We will appreciate all our Ministers, Governors and so on across the party divide to draw wisdom from Sen Bala Mohammed decision to step down if Jonathan finally decides to contest.

“Jonathan’s return will usher in a Unity Government,”  MOSIEND