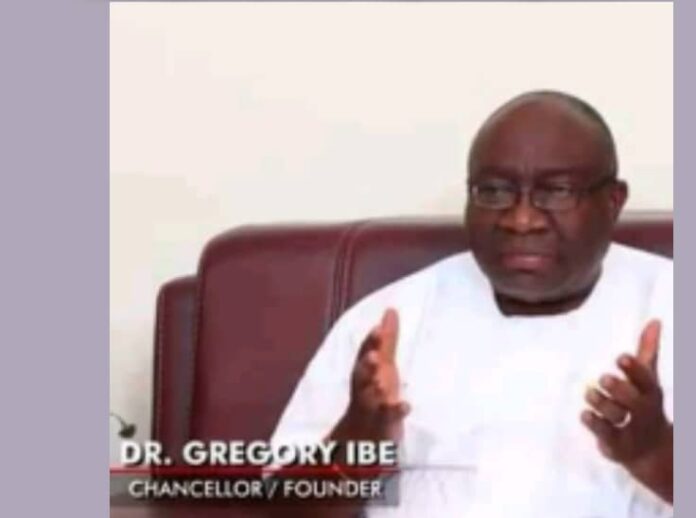 An All Progressives Grand Alliance (APGA) governorship aspirant in Abia State, Prof. Greg Ibe, says he will implement a comprehensive public service reform, if elected in 2023;

This is contained in a goodwill message to Abia workers during the Workers’ Day celebration and made available to SummitNews in Umuahia on Monday.

Ibe stated that “the reform will be geared toward making the sector proactive, efficient and effective”.

He also said the reform would help to enhance the conditions of service in the state.

He further stated that it would help to bring about improved welfare packages for workers.

Ibe lauded “the enterprising spirit of the Abia workers,” describing the workers as “resilient, focused and committed”.

He promised to partner the organised private sector “in formulating strategic policies that will help in fashioning out more job opportunities for Abia youths”.

According to him, the essence is to curb the current high rate of unemployment in the state.

Ibe stated that the resilience of the workers in the face of the “prevailing harsh economic environment”, contributed immensely to stabilising the polity.

He promised to utilise his experience and exposure as lead consultant to the federal civil service during former President Olusegun Obasanjo’s administration to restore the dignity of labour among the workers.

The APGA governorship hopeful also gave assurance that he would make the public service engaging, productive and rewarding.

He stated that he would adopt the “demand-led approach” in tackling the state’s alarming unemployment rate of 50.07 per cent.

Prof. Ibe  further promised to leverage his professional background as professor of entrepreneurial science “to identify the skills needs of employers in both public and private sectors, in order to train and empower the youths to sufficiently fill the gaps.

He commended the state chapter of Nigeria Labour Congress and Trade Union Congress for honouring him with an award, which he dedicated to Abia pensiomers, saying that the gesture is to demonstrate his sympathy for the retirees, who recently protested against their 38 months unpaid arrears of pension.

“I want to assure them that I feel their pain while working to deploy our reform template in resolving the pension issue permanently, if elected,” Ibe added.

He appealed to workers and Abia residents in general to obtain their permanent voter cards to enable them to vote for persons “with verifiable track record of competence, love and passion for the wellbeing of the citizenry”.

He stated that “with God a brand new Abia, powered by a reformed and viable workforce, is possible”.