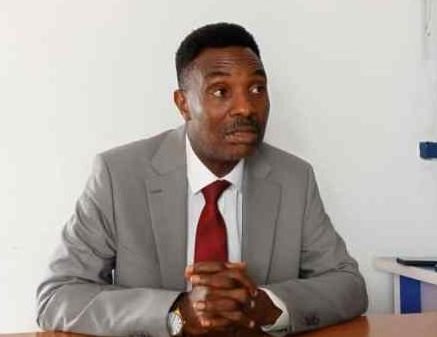 The immediate past Chairman of Enugu State chapter of the All progressives Congress (APC)  Dr. Ben Nwoye, has dismissed his purported sack and that of five others from the party by the embattled State Chairman, Chief  Ugochukwu Agballag, describing the act as a sham which holds no water.

He said  one whose membership is still in dispute like Agballah, lacks such power to sack any member.

According to Nwoye, Agballah, whose membership of the party and emergence as chairman are still under contention in court ought to have taken time to study the APC’s constitution first, especially as someone who joined the ruling party from the opposition Peoples Democratic party (PDP), rather than engaging in a macabre dance and political entertainment show.

The ex – Enugu APC boss, who is also a serving Federal Commissioner in the Federal Competition and Consumer Protection Commission (FCCPC) representing South East zone, said it’s quite unfortunate that one who claims to be

State Chairman of a political party do not understand relevant sections of the party’s constitution.

Agballah, had through one Robert Ngwu, who claimed to be the State Secretary of the party announced the ratification of Nwoye’s purported suspension leading to his expulsion from the party on Tuesday over his alledged refusal  to hand over to him.

Aside, Nwoye, he equally disclosed that five other members of the party, among them, a former Military Governor of Gombe state Group Captain Joe Orji, (rtd) have equally been expelled for dragging him to Court.

But reacting to the announcement in Enugu Wednesday while speaking with newsmen, Nwoye  described Agballah as a political entertainer, insisting that  he is not a member of the Enugu APC.

He said  because Agballah is not a member of the party that is why he do not know that  APC has a constitution where processes of sanctioning  erring members  found wanting are stipulated.

Nwoye, explained that his resolve not  to hand over to Agballah was born out of the fact that his membership of the party is still in dispute, adding that there are pending litigations in that regard.

He said he is ever ready to hand over all the APC properties under his custody to the national secretariat, rather than handing them over to a non-member of the party parading him self as Chairman.

“I can’t hand over to someone whose membership is in dispute. Several aggrieved members are in court over his questionable membership,” Nwoye stated.

He, however, called on the National Chairman of the party, Senator Adamu  Abdullahi to take the bull by the horn and revisit the Enugu APC crisis,  reconciliatory Committee report which he chaired himself, with a view to doing the needful, so as to save the party from total collapse in the state.

“So, am using this medium to plead with our amiable national Chairman, Senator Adamu to revisit  the Enugu  Committee report and implement it,” stressing that the current Enugu APC under Agballah is just nothing, but ‘buyers beware’

“Agballa’s action has shown that he is just a traveler  in the party and this is fundamentally  affecting the party in the state. He is de -marketting the party, and the national body should rise up and do something before it is too late,” Nwoye said.