HomeCHRISTIAN AKPATA, A SERIAL LIAR AND BLACKMAILER, AFRAID OF HIS SHADOW- By...
Featured 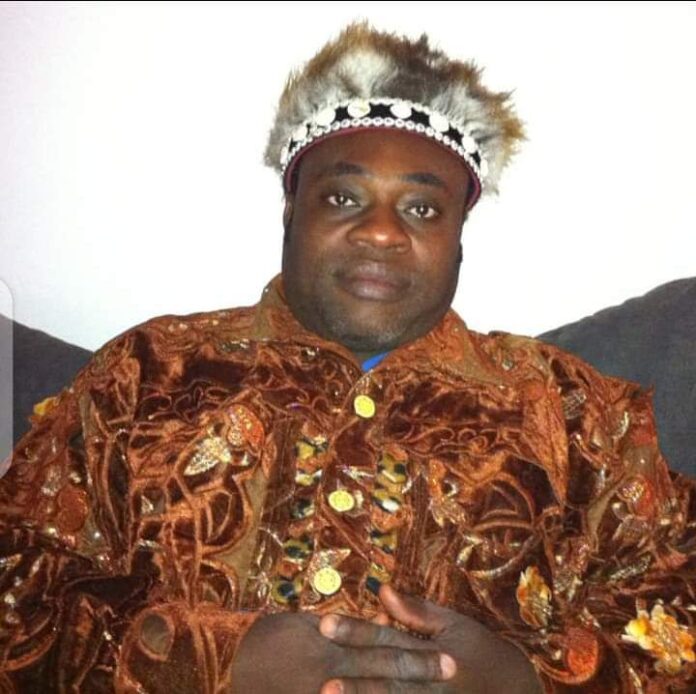 The attention of Akama Oghe Community in Ezeagu Local Government Area of Enugu State was drawn to a publication in an online platform, attributed to one Mr. Christian Akpata, alias Alusi Ogwugwu, over plots to link him with “Unknown Gunmen.“

In that publication, Christian Akpata falsely alleged that “they would use the Ezeagu High Court judge to put me away. When I heard their boasting, I petitioned the State Chief Judge to ask the judge to recuse himself from the matter and assign it to another judge because I no longer have confidence in the judge.

“I also discovered that the said judge is their in-law and that one of the clerks of the court is also living in the house of one of their lawyers. More often, any documents my lawyer files in the court always get missing.

“They also boasted that even if the Chief Judge acts on my petition, that the matter would still remain with the judge. And the same thing happened because the matter was taken to Enugu with the same judge still in charge”.

Christian Akpata is a serial liar and blackmailer whose aim is to compel the presiding judge to recuse herself from the case that is approaching judgement and by such action achieve the combined purposes of delaying judgement as well as providing the Enugu State Government the unnecessary ground for the prolongation of the waiting period to grant the legal document leading to the coronation of the elected Igwe of Akama Oghe in the person of Chief Onyeka Ofodile.

He is trying to blackmail the Court, thinking that it will help to avert his imminent conviction and punishment for his many crimes, and has used the police severally and failed. The police have just discovered his many pranks, and they no longer take him serious.

Christian Akpata thinks that he can deceive the Judiciary, or play games with them. He has seen this to be very difficult and is afraid that the long arms of law will soon catch him, because of his many crimes.

That is why he has resorted to blackmailing the Honourable men and women in the bench, to see if he could succeed in stopping them from handing down a well-deserved judgement against him.

Perhaps, Christian Akpata has given us clue of what he intends to do on May 19, 2022, when he will appear in cort. He plans to unleash a reign of terror on Akama Oghe Community, and at Ezeagu Local Government Headquarters, where the court would be sitting. This a terrain he is very familiar with.

We therefore call on security agencies to be on the alert and never allow Christian Akpata, alias Alusi Ogwugwu, to carry out his devilish plans.

Christian Akpata has the antecedents of concoting spurious claims to achieve his goals. If actually he nursed any iota of conviction in his assertion, the required step would have been to approach the law enforcement agencies for intervention rather than trying to grind the wheel of the Law to a halt.

Christian Akpata is a fraudster and serial blackmailer. He is being haunted by his shadow. He is afraid that his many fraudulent and criminal activities, will soon be exposed and that the long arms of law would soon catch him.

For many years, Christian Akpata has been terrorizing the people of Akama Oghe, intimidating some lily-livered, disturbing peace, and stalling the course of development in the Community.

In May 2007, Christian Akpata committed a heinous crime of locking up his Traditional Ruler, the late His Royal Highness, Igwe Kyrian Ugwuozor, and the then President General of the Town Union, Chief Pius Eze, in police cell, on allegation that they stole some disused water pipes. But after a thorough investigation, it was found that the allegation was false.

The same year, Christian Akpata rounded up four young men from the Community, branded them “armed robbers”, and got them detained by the police, simply because the boys did not support his candidate during the 2007 general election. It took an action filed at Federal High Court, Enugu, over human rights abuse, for these men to once again breathe the air of freedom..

Again, upon the death of Igwe Kyrian Ugwuozor, probably due to trauma of being locked up in police cell for the offence he did not commit, Christian Akpata turned round to forge signatures of the Royal Father and some dead members of the Community, claiming that they issued him with “Irrevocable Power of Attorney”, to be the sole owner of all Akama Oghe land.

When the document was subjected to critical investigation by signature experts, it was found that the paper Christian Akpata was parading was forged, and the court had no difficulty making mince meat of him, describing the document as no more than a “tissue paper,” signifying nothing.

Christian Akpata has very often been terrorizing many prominent people of Akama Oghe, dragging them to the police, EFCC, ICPC, and the courts, simply because they refused to be intimidated or coerced into making him Traditional Ruler of the Community.

In 2019, when the Igweship stool of Akama Oghe became vacant upon the demise of the former occupant, the Town Union, in accordance with its Constitution, invited the relevant section of the Community whose turn it is to produce the next Traditional Ruler, to forward their choice candidate.

Since there was no unanimity of choice from that particular section, and Christian Akpata, along with other interested candidates, applied. Election was then conducted for all the candidates by the Town Union, which was supervised by officials of Ezeagu Local Government Council, but Christian Akpata failed woefully at the end of the exercise.