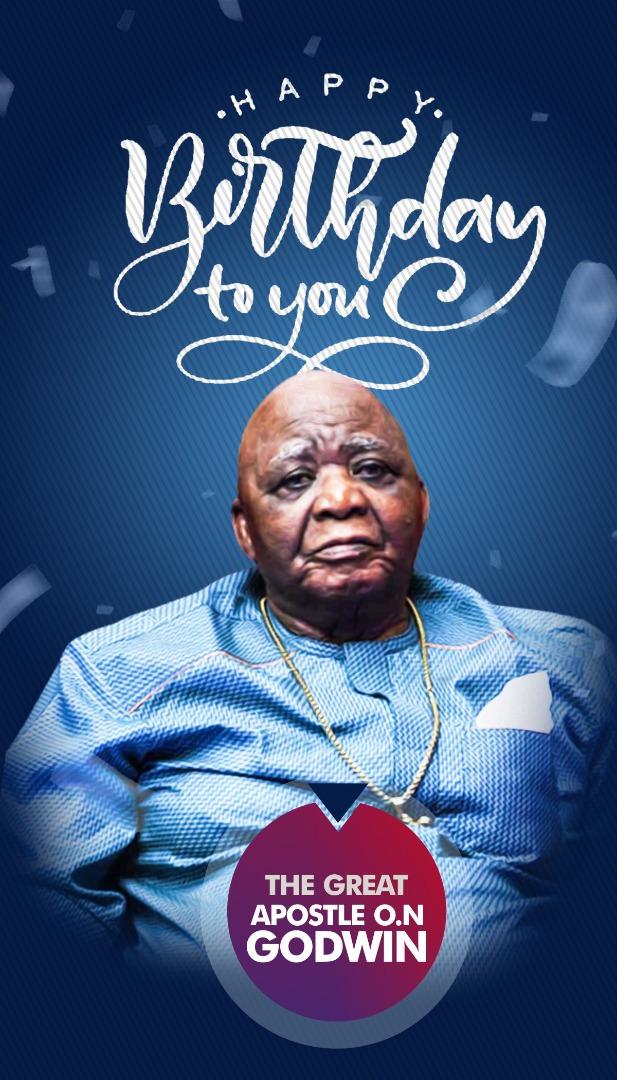 The Founder of Christ Ascension Church, Worldwide, Apostle O. N Godwin,  has celebrated his 93rd birthday with persons displaced by the communal crisis in Effium community of Ebonyi State.

The veteran preacher made this decision in the spirit of identifying and sharing in the pains and grief of affected persons and displaced ministers of the Christ Ascension Ministry.  Apostle O.N Godwin commiserated with the victims and encouraged them to be filled with hope as the Lord will surely intervene and bring lasting peace in their lives.

The communal crisis in Effium community between the Ezza and Effium clans degenerated into a violent clash on the 22nd of January 2021 leaving about 80 persons dead or missing and thousands of others displaced in the first week of the violence. Houses were razed down and farms destroyed.

About 35 stations of the Christ Ascension Church were affected in the crisis. Apostle O.N Godwin used this opportunity to call for peace.

He warned that the wrath of God will befall promoters of the violence and encouraged ministers of the gospel affected to be strong and steadfast as God has a way of doing wonders with his vessels in the midst of a crisis.

While commending the Governor of Ebonyi state, Engr Dave Nweze Umahi, for the efforts made so far in containing the crisis, he urged the government at all levels to expedite actions that will bring lasting peace in the area.

Similarly, Rev. Ifeanyi Nwoye, former deputy governor of Enugu state, and general superintendent of the Christ Ascension Church Worldwide who shares the same birth date with the Apostle also spent his day with the displaced persons and members.

He emphasized the need and place of peace in our everyday lives. He thanked the Governor of Enugu State, Ifeanyi Ugwuanyi, for ensuring that Enugu state is peaceful for all and creating an atmosphere where there is communal cooperation as opposed to communal clashes. He advised that other states should borrow a leaf from Governor Ifeanyi Ugwuanyi’s template for peace.

“Life without peace is meaningless. No meaningful thing can be done without peace, and so the most important thing every society needs is peace. Where there’s peace, there can be progress and development. Enugu under Governor Ugwuanyi has led the way, we all should follow,” he said.