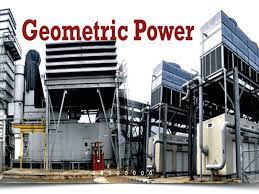 Nigeria’s foremost integrated power company, Geometric Power Ltd, promoted by  former Power Minister Bart Nnaji, has launched a campaign to enlighten the public on the grave dangers of illegal sale and consumption of electric power in Aba and some other communities in Abia State by individuals and organizations.

In a statement today, the Managing Director of the Aba Power Limited (APLE), Patrick Umeh, disclosed that a number of individuals and groups have been capitalizing on the poor electric supply in Abia State over the years to illegally provide power to people in dire need of energy.

The APLE MD who is a former commissioner with the Nigerian Electricity Regulatory Commission (NERC), said that illegal power supply is “extremely dangerous and poses a humungous danger to the lives and assets of millions of our innocent people, and that some domestic and commercial fire events in our country are attributable to such illegal acts.”

The people who provide the illegal service, he continued, are not trained in how to supply electricity to the public, and so do not use the right materials.

“They do not comply with the technical and professional requirements for power distribution in a community of persons”, he observed.

Mr. Umeh disclosed that the persons engaged in the illegal provision of electricity charge consumers “as much as N200,000 per person to connect them to distribution transformers and other power distribution infrastructure which, in fact, belong to Geometric Power and Aba Power Ltd.

Arguing that electricity is a highly regulated sector across the globe because of the huge risks inherent in power distribution, Umeh asserted that only Geometric Power Group is licensed to provide electric power to the public in the Aba Ring Fence Area which covers nine out of the 17 local government areas in Abia State.

He warned “the individuals or groups who continue to criminally violate the clear provisions of the Electric Power Sector Reform Act of 2005, for their selfish gains and consequently endanger the lives, businesses and property of our people to desist from their nefarious acts, or face the full weight of the laws governing electric services in Nigeria.”

The APLE helmsman said though the dangerous and illegal sale and consumption of electricity may be practised in other parts of Nigeria, the Aba Power Project initiated the special campaign against the phenomenon “because enlightening the people on electricity issues and mobilizing them to guard against exploitation and the destruction of their businesses and assets are at the core of our responsibility to society.