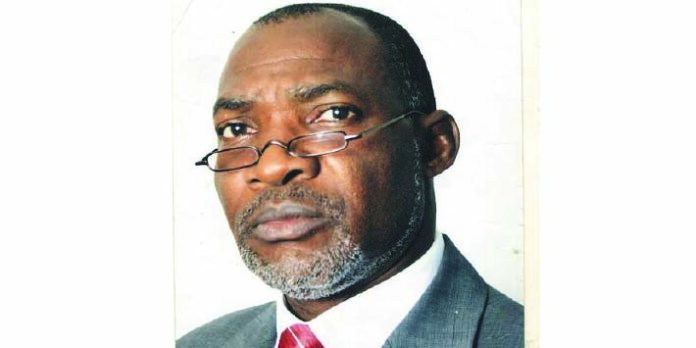 Ojukwu: The people will no longer tolerate delay in improving their lives

Nigerians have become impatient, and require urgent and pragmatic measures to improve the ailing economy, says a  consultant on Strategic Management, Mr. Agu Ojukwu, during a press briefing in Umuahia, the Abia state capital, on Sunday.

He, therefore, advised political office seekers to hit the ground running as soon as they got elected.

He said: “My appeal to the aspirants and candidates is to seek to understand the mechanism for rapid economic development because the people have become impatient, and will no longer tolerate any delay in improving their lives.

“They should realise that governance is about people and not things and thus change their mindset to that of abundance and growth and learn the principles that work magic for the people.

“The knowledge for going into the future is different from the knowledge people use to get where they are now.

“What we need is for aspirants and candidates to tell us how they plan to take us to the future of our individual potential.”

Ojukwu, therefore, charged the political parties to elect candidates that are fully equipped to address critical issues of state and national development.

According to him, such candidates must be open-minded and willing to harness the “collective wisdom of the people” to rejuvenate both the state and national economies.

He said that the economy needed to be revived so it could have “the capacity to inspire businesses and everyone to dream more, strive more and reach their inherent potential”.

Ojukwu further called for an urgent conduct of productivity measurement of state and national economies to ascertain whether they “truly have the capacity to inspire businesses and the people to superior performance or not”.

He said the outcome of the measurement would help the aspirants and candidates “to see the truth now and start planning how to fix the productivity gap as soon as they won their elections”.

“May we not elect and promote aspirants and candidates into their level of incompetence,” Agu, who is also an organisation development consultant, said.

He also charged the Independent National Electoral Commission to insist that candidates engaged each other in public debates and interrogated by the electorate “on competence rather than personal flimsy issues”.

He advised the people to shun praise singing and query the candidates profusely on their policies and programmes that could revamp the economy, revive and ensure industrial competitiveness and prosperity for the investors.

Agu argued that the task of resuscitating the economy rested more on the next president and governors.

“Consequently, they cannot afford to make avoidable mistakes at the position and level of their offices. They are expected to take actions based on organised knowledge necessary for the improvement of practices,” he said.

He advocated that the actions of the next governments be subjected to quality control, to improve their chances of success.

“The quality level of their actione should be ‘Get it right first time and always’.This is why a lot of powers and resources are put at their disposal to buy and use the right knowledge, if and when necessary,” Ojukwu said.

He opined that the nation’s economy could be “rapidly emancipated to start working effectively within three to six months of starting the intellectual process.

“This is guaranteed as long as the new president is willing to use the scientific means to tackle the real issues. The new president and governors will have a lot of work to do than they have time for,” he conclu.ded