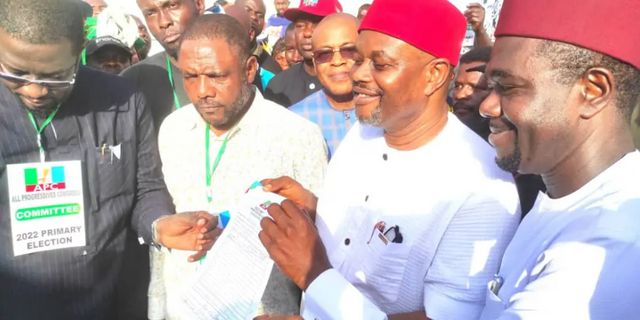 A Lagos-based businessman, Uche Nnaji, has picked the governorship ticket of the main opposition All Progressives Congress (APC) in Enugu state, to fly the party’s flag in the upcoming 2023 general elections.

His victory comes barely a day after the ruling Peoples Democratic Party (PDP) in the state elected an oil magnate Barrister Peter Mbah, as its  governorship candidate for next year’s general elections.

Mr. Nnaji who hails from Akpugo, Nkanu West Local Government Area of Enugu state, polled 1070 votes to emerge the APC candidate. He was a lone contestant in the race.

The exercise which took place at the party’s South-East Zonal office on Nza Street, Independence Layout, Enugu, was exceptionally peaceful relative to previous outings by the  state chapter of the party.