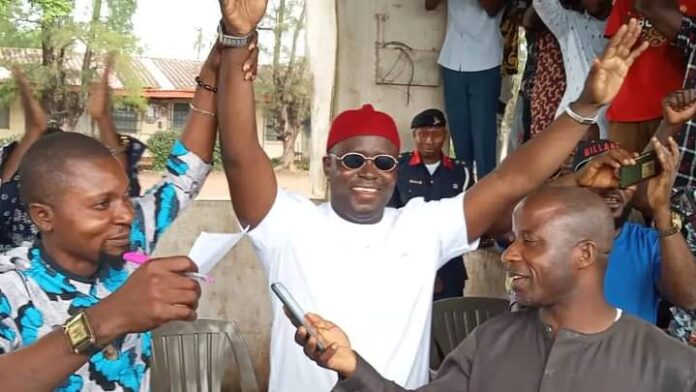 Odah pulled a total of 134 votes to fly the flag of the All Progressives Congress (APC) for the constituency in Ebonyi State, while his closest rival, Eze, got 3 votes.Announcing the result of the election, the returning officer, Christopher Okey, who led an electoral panel from National APC Secretariat, Abuja, diaclosed that Number of delegates from Ohaukwu were 75, number while those from Ebonyi were 65.Okey further disclosed that a total number of delegates for the election were 140 with 139 accredited.

He further disclosed that two votes were invalid, while one of the delegates was absent.Odah, while appreciating the delegates after the election, expressed satisfaction with the process, promising to uphold the integrity of the party.