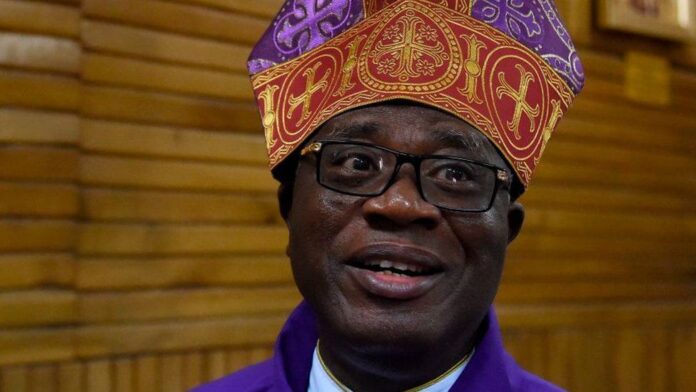 The head of the Methodist Church in Nigeria, His Eminence Samuel Kanu Uche, has been freed after being abducted on Sunday, a church official confirmed to the BBC.

He was travelling with two other priests on a highway in the south-eastern state of Abia when they were kidnapped, police told the BBC.

It is unclear how they were freed, but separatist groups frequently carry out abductions in the region.

His release has led to jubilation in Nigeria’s Christian community.

Soon after the news of the abduction came out, members of the Methodist Church in the country started hourly chain-prayers for the release of Dr. Kanu Uche and the other priests.

“His Eminence, Samuel Kanu Uche is a peace-loving Christian leader” whose abduction “came as a shock”, the Very Rev Nosakhare Nosayaba of Abuja’s Methodist Cathedral of Unity told the BBC after his kidnapping.

Kidnappings, often for ransom, are common in many parts of Nigeria.

There has also been a resurgence of attacks by armed gangs, including Islamist militant groups in the north, as the country prepares for a general election next year.

Much of the unrest in Nigeria’s south-east region stems from separatists who are demanding a breakaway state.

The government blames the Indigenous People of Biafra (IPOB) movement for many attacks in the region, which IPOB denies. But the group continues to enforce sit-at-home orders on Mondays, which are usually preceded by attacks on Sunday evenings to scare people into complying.

However, it is not known who abducted the clergymen on Sunday, who were said to be gunmen. A number of recent violent attacks in the country also remain unsolved.

Last week, two Roman Catholic priests were kidnapped in the north-western state of Katsina and are still being held in captivity. Gunmen burgled the rectory of a church to abduct the clergymen and two others.

A local MP was also kidnapped by unknown gunmen recently. His headless body was later found.

In April, a male and a female soldier who hoped to get married were beheaded when they travelled to the region to inform their relatives about their planned wedding.

In a separate incident on Sunday morning, two people were abducted when gunmen entered their home in Lafia, Nasarawa

state, near the capital, Abuja. One person was shot dead during the attack