HomePoliticsAbia APGA appeals to Udensi, Ijioma not to decamp, but support party...
Politics

Abia APGA appeals to Udensi, Ijioma not to decamp, but support party to win gubernatorial election 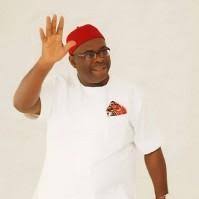 The leadership of the All Progressives Grand Alliance (APGA) in Abia state, has appealed to aspirants who lost the primary elections not to abandon the party in protest, and also to support the party’s candidate Prof. Greg Ibe, to win the upcoming governorship election in the state.

The state Chairman of the party, Rev. Augustine Ehiemere, made the appeal at a newsbriefing in Umuahia on Thursday.

Ehiemere was reacting to reports that Chikwe Udensi and Gen. Ijioma Ijioma (rtd.) had approached the court to challenge the result of the gubernatorial primary election.

Both alleged that the process, which produced the Chancellor of Gregory University, Uturu, Prof. Greg Ibe, as the party’s Gubernatorial Candidate, was manipulated.

But Ehiemere denied the allegation and described the process as the most transparent, credible and fair of all the primaries by all the parties in the state.

“Our governorship primary election was streamed live within and outside Nigeria for all to witness,” he said.

He said that Udensi worked out of the venue after addressing the delegates, along with the other aspirants, adding that to his greatest surprise, an online platform reported that Udensi had emerged the APGA candidate from an election held in a hotel, while voting was still going on at Kolping Society.

“At the end of the exercise, Etigwe Uwa (SAN), and Gen. Ijioma (rtd.) shook hands with Ibe and congratulated him, and that shows that the outcome was acceptable to them,” Ehiemere further said.

He, however, said that the party had yet to receive any formal petition from Udensi or Ijioma or summons from the suits allegedly instituted by them.

According to him, there is no basis for any aspirant to go to court because the process was evidently transparent.

“Let me appeal to all those who joined APGA because they claim they want to use the platform to change the ugly leadership narrative in Abia not to go to court If they really mean what they said, let them join the party leadership and governorship candidate so that collectively we shall work to win the general elections.

“Abia people are crying for liberation. There are no roads, and salaries and pensions are owed,” he said.

The APGA state chairman also appealed to all the South-East presidential aspirants on the platforms of the PDP and APC to mobilise their supporters to vote for the APGA Presidentail Candidate, Prof. Umeadi.

He said: “Now that their parites have denied them their presidential tickets, they should support their fellow Igbo man. Since we are all crying for a Nigerian President of Igbo extraction, let us all join forces to vote for the APGA presidential candidate.

“Let us build the party because it is the only platform that the Igbo nation can use to negotiate with others to produce the president of Nigeria.”

Meanwhile, Ehiemere has described the claim by Udensi to have won the May 29 primary election as “misleading, deceptive, fraudulent and ridiculous.”

He argued that the aspirant, who polled 12 votes, disappeared from the venue of the exercise, after he addressed the delegates, alongside other aspirants.

He said that Udensi was uncomfortable when he realised that the delegates list approved by the national leadership for his Arochukwu Ward 3, did not reflect the names he allegedly smuggled in.

Ehiemere advised Udensi to desist from using the media to denigrate the leadership of the party in Abia.

He said that the party “has not received a dime from Udensi for more than three years running,” contrary to his claims to be funding the party.

He also denied the allegation by Udensi that the party gave him an outrageous condition, including N2 billion monthly remittances to the party, if he won the election, before they could give him the governorship ticket.

“To the best of my knowledge, neither the state nor national leadership, under Dr. Ike Oye, gave him any condition in order to give him the party ticket.

“This is a blatant lie,” Ehiemere said.

He warned that the party might be compelled to take disciplinary action against him, should he continue to attack the leadership.

SummitNews reports that Udensi said at the weekend that he had approached the court to determine the legitimate gubernatorial candidate of the party, in the wake of parallel primary elections.