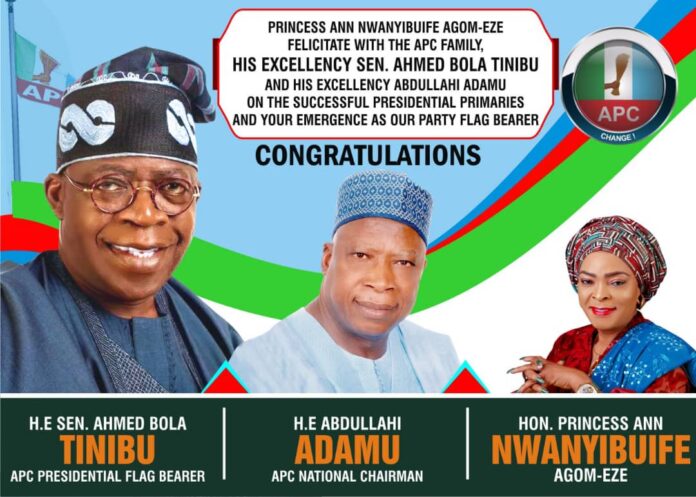 Mrs Ann Agom-Eze, a Chieftain of the All Progressives Congress (APC) said that APC’s successful party primaries was a proof of President Muhammadu Buhari ‘s commitment to deepening the country’s democracy.

Agom-Eze who contested for the Ebonyi South zone senatorial ticket but lost to Chief Austin Umahi, younger brother to Gov. Dave Umahi of Ebonyi stated this in an interview with newsmen on Sunday in Abakaliki.

Agom-Eze, a former Permanent Secretary, Ministry of Lands, Survey and Housing who felicited with Buhari and Umahi on the occasion of June 12, Democracy Day celebration described the President as an ‘icon’ of democracy.

She said that the successful, credible and transparent conduct of APC primaries at various levels was indication of Buhari’s commitment to ensuring that democracy was firmly consolidated in Nigeria.

Agom-Eze while calling on losers in the various contests especially the presidential primary election to team up with party’s nominated candidates also urged winners to extend hands of fellowship to those who lost.

“June 12 reminds us of the immense sacrifice made by Chief MKO Abiola, the acclaimed winner of the June 12, 1993 Presidential election that was annulled by the military Junta.

“It has taken the courage and political sagacity of our dear president, an icon of democracy to immortalise this great political martyr, an illustrious son of Africa and a global personage by fixing June 12 to commomerate our democracy.

“This is significant because in this same month of June, our president and leader of our great party presided over a seamless; credible, transparent, free and fair presidential primary election were party delegates were allowed to freely exercise their franchise.

See also  2023: Why I am campaigning for Tinubu - Chimaroke Nnamani

“I have been involved in many primary elections, I can tell you without any fear of contradiction that there has not been any presidential primary election conducted by a ruling party that was without interference by the president but this one was a difference. 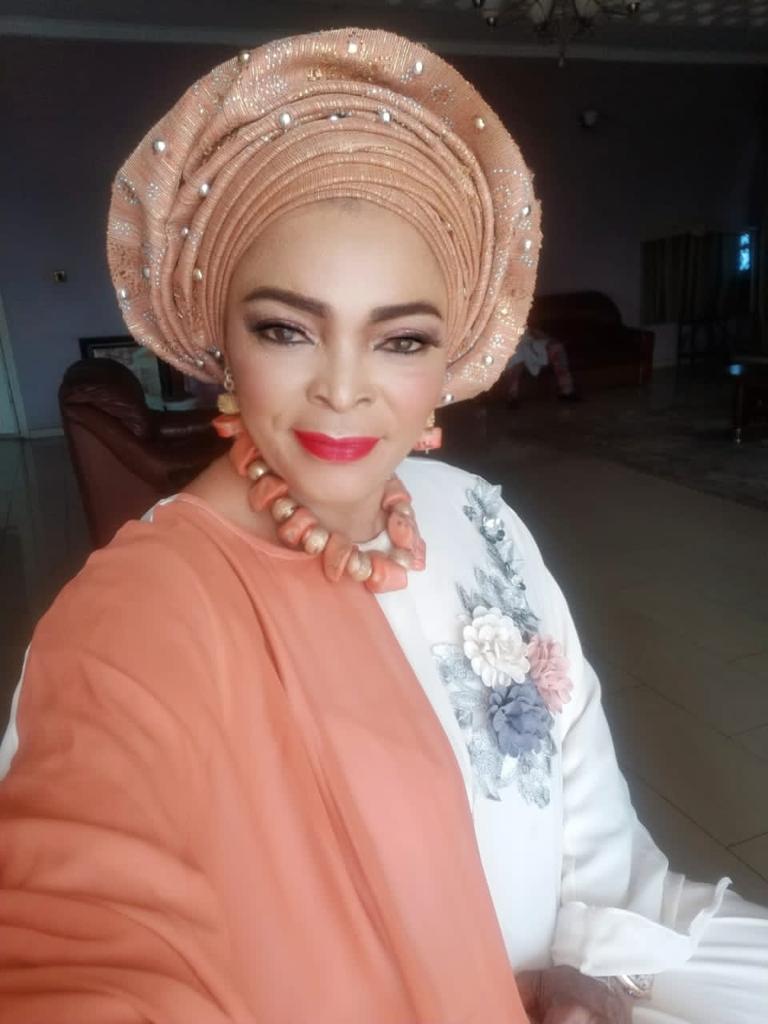 Mrs Ann Agom-Eze, a Chieftain of the All Progressives Congress (APC)

“I commend Mr President for allowing the process to flow seamlessly; I congratulate our party presidential candidate, Asiwaju Ahmed Bola Tinubu and others who emerged successful in the party primaries.

“This is a family business and in any contest, winners must emerge while there will also be losers; let our ultimate goal be to win in the main election, hence I, urge everyone to close ranks to ensure total victory,” Agom-Eze said.

The chieftain who is a proponent of 35 per cent affairmative representation for women in both elective and appointive political positions also called on the party to work hard to ensure that women were given active voice in Nigerian politics.

Share
Facebook
Twitter
Pinterest
WhatsApp
Previous article2023: I’ll protect mandate given to me by the people-Sen. Ogba – By Paulinus Ogbonna
Next articleEbonyi PDP gov’ship candidate sues for peace, describes crisis in state chapter of party as self-inflicted – From Gloria Uchenna/Enugu