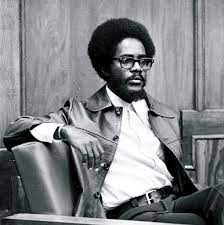 Bassey is the director at HOMEF, an environmental rights focused civil society group that advocates preservation and protection of the biodiversity in Nigeria.

Bassey, who holds a national honours of Member of the Order of Federal Republic (MFR) for Environmental Activism stated this at a virtual event in memory of Rodney who was assassinated on June 13, 1980.

The event , which has its title as ‘Conversation with Walter Rodney’ was facilitated and anchored by Ken Henshaw, a civil society activist, and Bassey.

The event drew participants from different parts of the country.

Bassey in his remarks noted that Rodney, author of the book, How Europe Underdeveloped Africa, provided academic insights that helped African nationalists to confront imperialism and colonialism.

He regretted that young Africans have lost a sense of patriotism and hence the need for the forum to get young people to appreciate and draw knowledge from heroes like Rodney.

In his contributions, Lead Discussant, Prof Horace Campbell, an International Scholar in African American Affairs, regretted the lack of emphasis on the positive sides of Africa and the strides made by African patriots.

He said that there was a deliberate effort by imperialists who colonised Africa to create the impression that there is nothing good in Africa whilst they exploited its resources for raw materials for their industrial revolutions.

Campbell recalled that although Rodney, his associate was assassinated on June 13,1980, the ideals and concepts he worked to propagate still resonates adding that capitalism exploited resources to the detriment of the people.

The political scientist noted that it was regrettable that current challenges facing the African continent has kept the people from dealing with its potentials.

He observed that the security challenges facing Nigeria is distracting the country from leveraging on its youth population to leapfrog to greatness as the youths were capable of driving a revolution of progress to push Africa up the ladder.

Campbell, who quoted extensively from Rodney’s books observed that the irony that people who are endowed with resources are poor finds expression in the Niger Delta as the oil wealth was yet to have positive impact on the people.

He said that one of the ills of capitalism beyond destruction of natural resources was brain drain which lures brilliant minds from poor countries away to developed countries of the world.