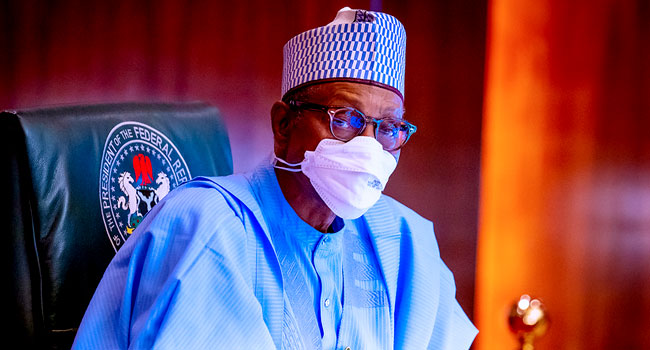 Indigenes of Ohodo community in Igbo-Etiti Local Government Area of Enugu State, have commended President Muhammadu Buhari-led Federal government for establishing the Federal Polytechnic in their domain, saying it would promote economic growth in the area.

Speaking on-behalf of the community at the maiden visit of the Chairman, Governing Council of the Polytechnic, Chief Silva Amen, to the community yesterday, the Secretary to the State Government (SSG) Prof. Simon  Orthuanya, said the government at the centre has re-written the socio-economic narrative of Ohodo community.

Prof. Orthuanya who also stood in for Governor Ifeanyi Ugwuanyi, further assured that the community is ready to cooperate with the management of the Polytechnic with a view to making the institution move to the next level.

“We remain  eternally grateful to Mr. President for this honour done to us. Also, we are grateful to all those who contributed in one way or the other in establishing and siting the Polytechnic in Ohodo. We are particularly grateful to the Executive Governor of Enugu State, Rt. Hon. Lawrence Ifeanyi Ugwuanyi for their initiative and steps taken in this regard”, he added.

In his speech, the Chairman of the Polytechnic Governing Council, Chief Ameh, lauded the people for freely donating their ancestral land and a model community secondary school to the Federal Government for the establishment of the institution.

Dr Ameh noted that the unconditional donation is a sacrifice worthy of emulation by other communities in the country, adding “it is a right gesture in reciprocity “

“Your royal Highness and community leaders, it is pertinent for me to say at this point that Mr President, His Excellency Muhammadu Buhari, GCFR, in the deliberate policy of his government to bequeath unfettered access to technical education for the teeming youth if Nigeria, approved the establishment of eight new Federal Polytechnic in April, 2021.

“In as much as the tasks ahead are onerous, we are not daunted as the appointments provide us very rare opportunity for innovation and legacy building

“In the area of innovation and legacy building, the council and management under my watch will not be re-inventing wheels in Polytechnic education but building on the shoulders of giants that have preceded us, he stated

He also recalled, “The late President of Nigeria, Rt. Hon. Dr Nnamdi Azikwe, in setting up the first indigenous university in Nigeria, he avoided the worn out path taken by the British in the kind of course they provided for its first set of universities in Nigeria, Ghana and Sierra Leone.

“He decided to look into the direction of the United States of America to introduce the first grant aided university in West Africa, with functional courses that had relevance to the needs of the emerging nation, like engineering, commerce, business, health science Tec, and not the Classics, Arts, Literature, Archaeology, History and the like that found expression in the University College, Ibadan.

Earlier in his welcome address, the Rector of the Polytechnic, Prof. Edwin Onyeneje, called for the assistance and cooperation of all stakeholders for the institution to reach promise land.

“The stage is set, the theatre is full and the spectators are already seated, waiting.  Infact, setting the pace and leading others is the aspiration of the Council, Staff and Management, and all the founding fathers of Federal Polytechnic, Ohodo”, Onyeneje concluded.