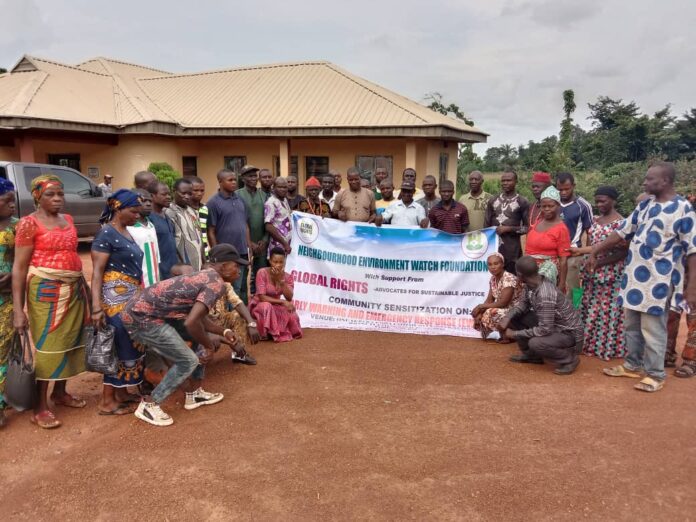 Dr Kelechi Okezie, the Executive Director of the foundation who addressed participants said that the objective was to develop the capacity of participants on ways to detect early warning signals, response and prevention of conflicts.

According to him, conflict in any dimension or form is an ill wind that usually brought with it untold hardship hence, must be prevented from occurring in society.He noted that the sensitisation workshop funded by Global Rights was part of the foundation’s peace-building efforts and conflict prevention in various Ebonyi communities.Okezie urged participants to always look for early warning signs to be able to provide early response to conflict in the community and actions they needed to take as response.

He added that conflicts were better nipped in the bud and prevented from escalating once those early signs that engender crisis were discovered and responded to immediately.

The Executive Director called on the community members to uphold peace, promote peace and enthrone peace in their relationship and every day lives within themselves and with their neighbouring communities.

He further described peace as a ‘priceless’ commodity noting that no society or community could develop and prospered in the atmosphere of conflict, instability or war.”We are here to sensitise you on the need to look out for early warning signs of conflict and how to detect these signs and respond swiftly to them in order to nip crisis.

“Many of our communities are embroiled in both intra and inter-communal conflicts and we believe that once you acquire capacity to detect early signs that engender conflict, it will be easier to stem them from escalating. 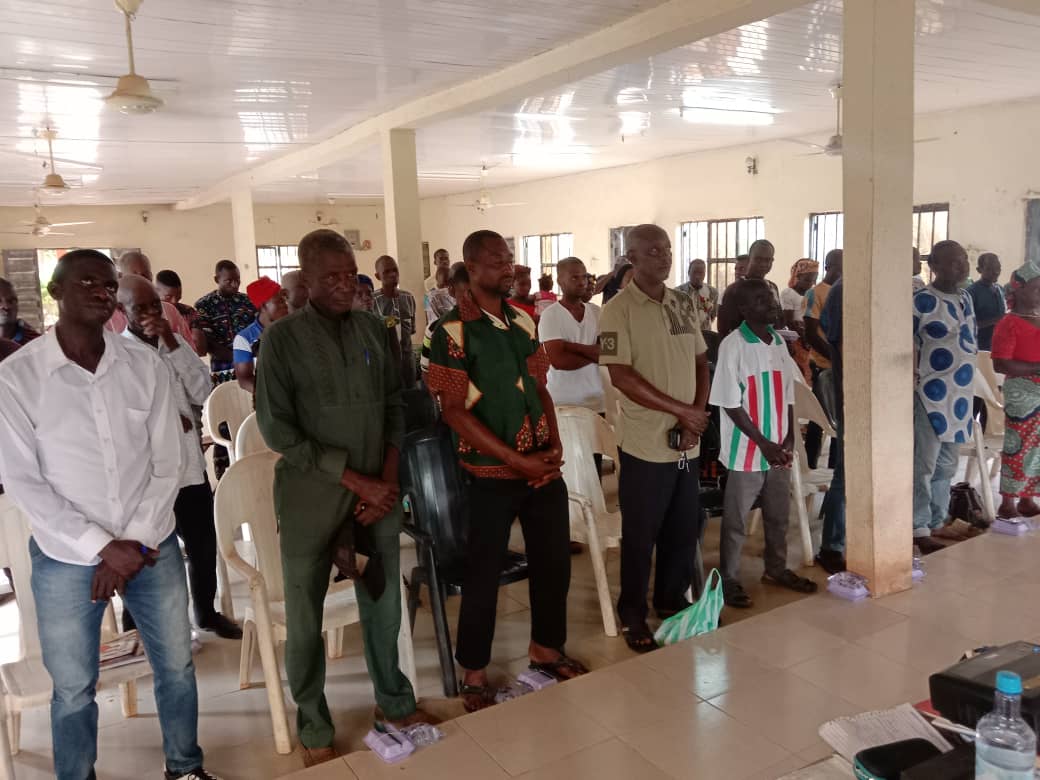 “Without peace and stability, you cannot enjoy live; you cannot enjoy amenities and basic infrastructures provided by our governments, hence, it is important that we do everything we can to ensure that conflicts are prevented in our communities,” Okezie said.

Meanwhile, one of the participants, chief Michael Udenwe, former coordinator of Enyidda Development Centre commended the foundation for organising the sensitisation campaign for the community.

He described the training as ‘timely’ and which had prepared members of the community to seek and promote actions that would engender peace in the area.”The campaign is timely and I commend the organisation for choosing our community as among the benefiting communities for the peace-building campaign.

“Also, the sensitisation campaign has afforded us opportunity to understand what we need to do as an emergency response during conflict situation and after conflict has occurred.

“My prayer is that God will continue to strengthen the foundation as they continue to spread the peace-building message so that Ebonyi and her people can grow and develop,” Udenwe said.Other participants who spoke during the occasion thanked the foundation for bringing the campaign to the community and promised to prioritise peace and unity in their various localities.