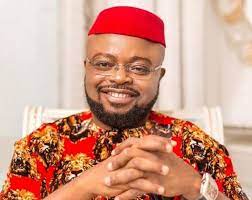 The governorship candidate of the People’s Democratic Party (PDP) in Ebonyi state, Dr. Ifeanyi Chukwuma Odi, has warned the Senator representing Ebonyi Central in the upper legislative chamber of the National Assembly, Senator Obinna Ogba, to desist from disobeying the judgment of a court of competent jurisdiction,  saying that he risks going to jail if he continues to do so.

Dr. Odi in a statement signed by the Director, Media and Publicity, of his campaign organisation, AnyiChuks Campaign Organisation, Chief Abia Onyike, further warned Senator Ogba, to cease fortwith from parading himself as the PDP gubernatorial candidate in Ebonyi state, stating that Senator Ogba contested the 2022 PDP governorship primaries in the state, and lost to the winner, Dr. Odi.

The PDP gubernatorial candidate threatened to file contempt proceedings against Senator Ogba, “if these calculated acts of brigandage are not halted forthwith.”

Furthermore, the statement clarified that a Federal High Court sitting in Abakaliki, the Ebonyi state capital, had earlier nullified the PDP primaries of 4th and 5th June, 2022, which threw up Senator Ogba as factional gubernatorial candidate, adding that Dr. Odi remains the governorship candidate recognised by the national leadership of the party.

“The Party has already screened the Deputy Governorship Candidate to Dr. Ifeanyi Chukwuma Odi, in the person of Senator Igwe,” the statement contended.

,The statement titled: “He who goes to Equity must go with clean hands,” and made available to SummitNews reads: “The Anyichuks Campaign Organization had overtime tolerated and ignored the excessive antics of the Senator. Obinna Ogba Campaign group. The reason for our matured approach to issues was our understanding that we were members of the same family engaged in internal power struggle to elect our candidates to face the APC in the 2023 General Elections. We looked forward to someday when we shall mend fences, reconcile and close ranks to face the common enemy. And that time is NOW.

“However, we wish to seize this opportunity to clarify our position on the following:

“With all due respect to Sen. Obinna Ogba, who contested the 2022 PDP Governorship Primaries in Ebonyi State and lost to the winner, Dr. Ifeanyi Chukwuma Odi, we plead with him to show some restraint and maturity by respecting the democratic processes and stop taking laws into his own hands. His current posturing constitutes a clog in the wheel of progress of our great party, the PDP in Ebonyi State.

“We take exception  to Sen. Ogba’s continuous and unrelenting crusade of falsehood and his irridentist commitment to misrepresent and disobey the sacred orders of a Court of competent jurisdiction. His continuous disobedience of the orders of the Federal High Court, Abakaliki, which nullified the PDP primaries of 4th and 5th June, 2022, has been noted. His conduct is not only sacrilegious but an act of contemptuous effrontery against the judicial authorities.

“For instance, Sen. Ogba has continued to parade himself as the PDP Guber candidate for Ebonyi state, advertising his Certificate of Return which the Court had nullified. Then on the 23rd of June, two days after Ogba failed to secure “Stay of Execution” in the Court of Appeal, Enugu, he addressed a small gathering of his supporters and purportedly presented his so-called Deputy Governorship Candidate/Running mate to nowhere in particular. The PDP NWC has nothing to do with Ogba’s Running Mate as it is an exercise in futility.

“The party has already screened the Deputy Governorship Candidate to Dr. Ifeanyi Chukwuma Odi, in the person of Senator Igwe,; the statement contends.

“Is this the case of a bad loser or a case of unbridled desperation, impunity, anarchism or impersonation or what?

“Was it not on the 21st of June, 2022 that Sen. Ogba approached the Court of Appeal to apply to be joined in the case at the Federal High Court Abakaliki, to enable him file his Appeal? So, if he was the PDP Governorship Candidate as he falsely/continuously claims, what then did he go to do at the Court of Appeal? If Ogba cannot obey a Court Order, then he has no business going to any other Court for that matter, including the Court of Appeal. He who goes to Equity must go with clean hands.

“A person who promotes the flouting of Court Orders is an anarchist and an anti-democratic element. When a Court  of Law gives a judgment on an issue and  someone deliberately commissions himself to be misinterpreting  the judgement in the eyes of the public, that individual is engaging in criminal contempt of court and should be getting ready to go to jail.

“We are sending a note of warning to Sen. Ogba that our Lawyers will not hesitate to file Contempt Proceedings against him if these calculated acts of brigandage are not halted forthwith.”