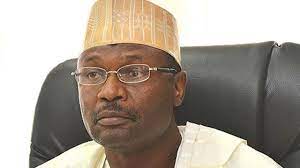 The Independent National Electoral Commission (INEC), on Friday listed the conditions for political parties to substitute candidates whose names have been forwarded to the commission.

For the electoral umpire, the law does not give any political party the right to replace a validly nominated candidate as it is the prerogative of the individual to be substituted.

This comes amid reports that some political parties, including the All Progressives Congress (APC) and Labour Party, nominated their vice-presidential candidates as placeholders, pending the conclusion of talks for a substantive candidate to be picked.

While the former forwarded the name of Ibrahim Kabiru Masari. as its vice-presidential candidate, the latter had nominated Doyin Okupe for the same position.

Reacting to the development, INEC National Commissioner, Festus Okoye, said the electoral body would take a decision in accordance with the Electoral Act.

“And in terms of withdrawal, the nominated candidate shall – in his own writing – write a letter to the political party that nominated him, indicating that he has withdrawn from the race and that must also be accompanied by an affidavit duly sworn to by the said candidate.

According to Okoye who is also INEC’s Chairman of Information and Voter Education Committee, the political parties submitted forms containing the names of their presidential and vice-presidential candidates, as well as their particulars and sworn affidavits.

He stressed that none of the political parties neither indicate that they were submitting the document or name of a candidate as a placeholder.