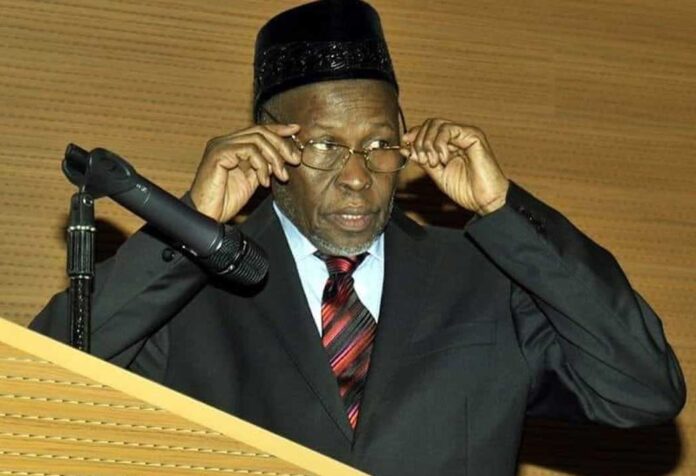 Ibrahim Muhammad has resigned as chief justice of Nigeria (CJN).The CJN reportedly resigned on the grounds of ill health.But Summitnews learnt he was forced to resign.

Plans are underway to appoint Olukayode Ariwoola, the next-highest ranking justice of the supreme court, as interim chief justice of Nigeria.

Last week, in a letter seen by Summitnews,14 justices of the apex court accused the CJN of abandoning his responsibilities as the leader of the court.

The judges also accused the CJN of going on foreign trips with his family while denying them the right to go on international trainings.Some of the issues raised by the justices include — accommodation, vehicles, electricity tariff, supply of diesel, internet services to justices’ residences, training for justices and epileptic electricity supply to the court.

Summitnews also learnt there was a memo from the judges to the presidency, highlighting all of the CJN’s financial dealings, and stating that they would stop sitting from September if he is not removed.However, the CJN in a statement issued by his spokesman, Isa Ahuraka, said he did not want to join issue with the justices, adding that the circulation of the letter is akin to “dancing naked at the market square”.

The supreme court is yet to release a formal statement on the resignation.A source told Summitnews that the justices of the apex court are currently in a meeting.