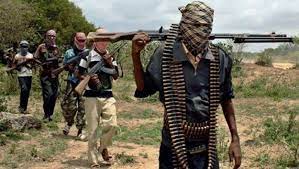 The abduction it was gathered took place on Saturday at Ogbete-Mgbuji Community.

SummitNews recalls that Eha-Amufu which is made up of seven autonomous communities had been under constant attack by armed Fulani militia believed to have been imported from Niger and Chad. Since September 2021 over 20 people have been killed while 25 others including an eight-year-old girl were abducted.

Communities that have come under these attacks are Mgbuji, Agu-Amede and Ebor autonomous communities. These communities shared boundaries with Benue State where these terrorists allegedly launch their attacks from in collaboration with some Benue people who are still laying claims in lands in Enugu State parts of the boundary.

Recently, 14 farm Settlements with over 3,000 inhabitants who now internally displaced persons (IDPs) were sacked recently. Hundreds of houses and properties worths millions of naira belonging to them have been destroyed from December, 2021 till now.

Following The PUNCH reports, on June 17, heads of all the security agencies in the State, visited the troubled community and promised to provide adequate security for them having had first hand information about the situation. But unfortunately, these communities especially Mgbuji and Agu-Amede were still under constant attacks with no security.

The spokesman of Mgbuji Community, Chijioke Ogbodo, who confirmed the abductions to The PUNCH on Sunday, decried the inaction of security agencies in Enugu State.

Ogbodo said that these bandits had this time around came with military and police uniforms to deceive the people and succeeded in kidnapping two women on Thursday and four on Saturday.

He said, “Unfortunately, while our people were negotiating with the abductors, yesterday (Saturday) they came and kidnapped another four people who were returning from their farms.”

Lamenting the constant attack and abduction for ransom almost on two days interval, wondered why security agencies in the state should abandoned the people to their own peril.

Ogbodo said “our people who were going to farm on Thursday and saw people on military and police uniforms with AK-47 rifles. They didn’t suspect anything because they felt that government has deployed security to protect them. Unfortunately, when they got close armed wielding uniformed herdsmen rounded them up. Those coming some poles away behind them, saw what happened and took to their heels. They pursued them and were shooting them but as God may have it they escaped with gun shots. They are in the hospital.

“Is this how we are going to be living while we have government and security agencies that should protect the people? Why are the security agencies – police, army and DSS remains quiet in the whole thing since last year? Is it that they are supporting the terrorists and given them cover to subdue our people? The terrorists are highly trained. They bear sophisticated weapons of military grade. No fewer than four of our local security men had been killed because they can’t match their weapons,” he decried.

Ogbodo, however, begged the government of Governor Ifeanyi Ugwuanyi, to do something before it is late.

Efforts to speak with the Enugu State Police Public Relations Officer, DSP Daniel Ndukwe, on the recent abductions were unsuccesful as he didn’t answer his calls or respond to text message.