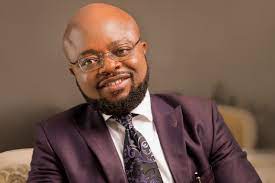 Dr. Odii: ‘No more vulgar languages on members and leaders‘

The Ebonyi state Governorship candidate of the People’s Democratic Party (PDP), Dr Ifeanyi Chukwuma Odii, has called on party members to eschew bitterness and embrace unity of purpose saying that with the end of primary elections, it is time to place the interest of the party beyond any individual selfish interest.

The flamboyant philanthropist described  the continued disagreement in the party as a bad omen, and advised his supporters to henceforth desist from using vulgar languages on members and leaders.

A statement  by the Director of Media and Publicity, AnyiChuks Campaign Organisation, Chief Abia Onyike, described

Dr. Ifeanyi Chukwuma Odii, as a successful business man, a peace ambassador and embodiment of unity, loyalty and honesty.

“His voyage into Ebonyi politics is to turn around the fortunes of the state, create wealth and lift the people from poverty. His Agenda for the state will ensure inclusivity of every community, religion, belief, and zone.

“All hands should be on deck to deliver Dr Ifeanyi Chukwuma Odii, as the next Governor of Ebonyi State,” the statement concluded.