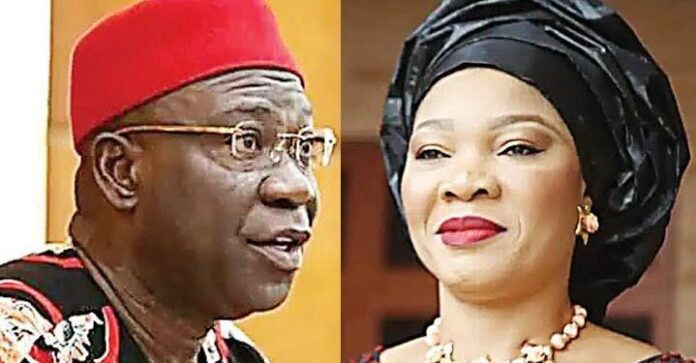 Former Deputy Senate President, Senator Ike Ekweremadu and his wife, Beatrice, have pleaded not guilty to the charges of human trafficking and organ harvesting in the United Kingdom.

Our correspondent had reported their arrival at West Minister Magistrates Court for the continuation of their trial.

Ekweremadu and his wife, Beatrice were arrested by the British police on June 23 on allegations of human trafficking and organ harvesting that violate the country’s Modern Slavery Act.

The police authorities had accused the lawmaker of conspiring to bring a child to the United Kingdom for organ harvesting, saying the victim was a 15-year-old boy.

Giving an update from the court’s premises on Thursday, our correspondent, said the court accepted that the kidney donor in Ekweremadu’s case is not a minor.She said the prosecution have accepted that he is 21years old.The court thereafter fixed August 4 as the date for the next hearing.