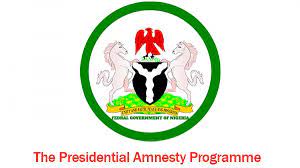 Ex-militant leader, Reuben Wilson, on Tuesday, berated the Senate Committee on Public Accounts over its threat to issue a warrant of arrest against Interim Administrator of the Presidential Amnesty Programme, Colonel Milland Dixon Dikio (Rtd).

The Chairman of the committee, Senator Matthew Urhogbide, was quoted to have made the pronouncement due to alleged failure of Dikio to honour several invitations sent to him over the allegations.

In a reaction to the development, Wilson said that the alleged unaccounted funds according to the Auditors’ report before the committee was traced to 2015-2016 fiscal year before Dikio was appointed.

He wondered why anyone who has the interest of the Niger Delta at heart would try to pick up a fight against a man like Dikio who has utilized the amnesty office well beyond the imagination of ex-agitators.

Wilson, who is also the founder of the Pastor Reuben Initiative for Good Leadership and Accountability, an APC support group recalled how ex-militants frequently blocked the East-West Road with one form of protest or the other due to mismanagement of the amnesty office by past administrations, and pointed out that since Dikio came onboard, none of those needless protests has been heard of.

He said that it would be a great disservice if he didn’t put the records straight.

Wilson pointed out that, for the records, Dikio was not the coordinator of the Presidential Amnesty Programme in the period of time referenced to by the senate committee on Public Accounts, and wonders why the committee would summon Dikio to appear before the senate to give account of monetary transactions which transpired in 2015 and 2016 when Dikio was yet to man the office.

The ex-militant leader warned against moves by anyone to drag the name of Dikio to the mud over baseless issues.

“Amnesty programme is a very sensitive programme, a security programme meant to maintain peace and stability in the Niger Delta through meaningful engagement of the ex-militants, which Dikio has done.” The ex-agitator said.

Wilson noted that Dikio, has been doing a good job since he came into the Amnesty Office, and that this is evident in the number of life-changing programmes and initiatives he has carried out for the development of ex-agitators and the region.

“Dikio is trying, training is currently ongoing for over 100 ex-militants in Akwa-Ibom. I just visited the place. They are being trained on fishery, piggery and cocoa farming, feed production and more.

“I have seen what is going on with my eyes. He is raising issues which happened in 2015 and 2016 when Dikio was not yet in office.Urhoghide should remove his eyes from the amnesty office, it is not for him,” Wilson said.

Wilson maintained that Dikio has managed the Amnesty Office creditably and should not be distracted from doing his good job.