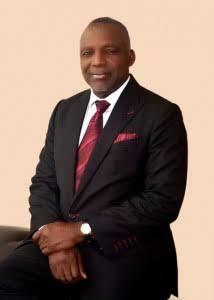 As Bart Nnaji, globally acknowledged engineering professor and Minister of Science and Technology from August, 1993, to November, 1993, who was to become the Minister of Power from July, 2011, to August, 2012, marks 66 years on Wednesday, July 13, 2022, many Nigerians, on taking a critical look at the electric sector today, are likely to borrow an expression popularized by Nigeria’s founding president, Nnamdi Azikiwe, to pay homage to him:

History vindicates the just. Much as Nnaji cannot be happy that the power sector has nosedived since 2012, the truth remains eternal that history has vindicated his strong opposition to the manner in which the authorities were privatizing the successor companies to the Power Holding Company of Nigeria (PHCN) a decade ago.

The 2013 privatization is the albatross of electricity development. As The Economist of London stated on September 12, 2012, Nnaji’s exit from the Ministry of Power was “a spark of light which has been extinguished” in Nigeria.

Not satisfied with his exit from the government, the authorities, believing the funny rumour that Nnaji was the owner of Manitoba Hydro Electricity Corporation, announced a unilateral termination of the management contract which this firm signed with the Transmission Company of Nigeria (TCN), just to get at him.

The government buckled only when the international community expressed outrage at the cancellation and, more importantly, the reason. Of course, Manitoba Hydro is owned entirely by the government of the state (or province) of Manitoba in Canada. Worse, the authorities brazenly descended on Nnaji’s personal enterprise, the 188megawatt Geometric Power project in Aba, Abia State.

The government deliberately ignored the terms of the 2004 agreement between Geometric Power and the Federal Government which led to Geometric Power’s multi-million dollar investment in the power plant and distribution network within the Aba ringfenced area prior to Nnaji’s appointment as Minister of Power.

Nnaji’s vision was to turn the ringed area into a true industrial city, generating and providing reliable electricity to all consumers within the ring fence. The new government surprisingly decided to do away with the approval granted by the President Umaru Musa Yar’Adua administration for the ringed fence area to become a separate distribution area.

See also  ISSUES: Nigerian women insist they can do better than sing, dance at conventions, campaigns - By Ngozi Agueze

This action led to the erroneous and costly inclusion of the Aba Ring Fence in the Enugu Electricity Company, despite constant reminders to the federal authorities about the existing agreement signed since 2004 between the Federal Government and Geometric Power.

The good news is that the Geometric Power project in Aba is now back on track, after a whole nine years of being almost in limbo. The greater news is that the project, which has now cost $600m (N360bn), is scheduled to be commissioned later this year.

No less significant is that it will provide steady, quality and affordable power to Aba City as well as nine out of the 17 local government areas in Abia State.  Geometric Power has, thanks to a $50m facility from the African Export-Import Bank (Afreximbank), paid, on behalf of the Federal Government, a huge multimillion dollar refund and other charges to Interstate Electrics and the EEDC for the Aba ringfenced area.

At least 90% of the Aba Power project has long been completed. Oilserv Ltd, Nigeria’s most successful indigenous petroleum pipeline building firm, will anytime from now complete the 27-kilometre natural gas pipeline from the Shell flow station at Owaza in Ukwa West Local Government Area of Abia State to Osisioma Industrial Estate, where Geometric Power is located.

The three thermal turbines, built by General Electric (GE), the world’s biggest electricity equipment manufacturing company, are back from Houston, Texas, where they were sent by Geometric Power for scheduled maintenance and have already been reinstalled. Work has been completed on the 150-kilometre overhead power lines installed by ABB Powerlines while rehabilitation work is being completed on the four brand new power substations. What is more, three old power substations inherited from the PHCN have been refurbished, upgraded and modernized ones.

The decision to build the Aba power project was borne out of sheer patriotic instincts. Shortly after she assumed office as Nigeria’s Minister of Finance in 2004, Mrs. Ngozi Okonjo-Iweala, now the Director General of the World Trade Organization (WTO), took her boss at the World Bank, James Wolfohnson, to Ariara Market in Aba which has hundreds of thousands small and medium industrialists who produce impressive clothes, footwear and belts but are handicapped by poor electric power supply.

Both the then World Bank President and Nigeria’s finance minister appealed to Nnaji to consider building a 50megawatt power generation plant in Aba to supply electricity to manufacturers there. Aba is considered the Japan of Africa on account of its embrace of indigenous technology.

Nnaji was approached because he had led a team to build in 2001, a 22megawatt emergency power plant in Abuja for the National Electric Power Authority (NEPA); it was commissioned by Vice President Atiku Abubakar.

The plant supplied power to State House, the Abuja Central Business District and the headquarters of the Nigerian National Petroleum Corporation (NNPC), among other places, for 30 months without blinking.

Nnaji did not bat an eyelid before accepting the challenge to build a dedicated power plant in Aba largely on account of personal experience.   At the inception of democratic governance in 1999, Nnaji, a preeminent mechanical and industrial engineering professor in the United States, had acquired a large swath of land in Enugu to set up a factory to build, in conjunction with a group of industrialists from South Korea, world-class vehicle components, including engines. The parts would be exported to auto manufacturers in Europe, United States and Asia. But the deal couldn’t be finalized because of the power situation in Nigeria.

And sheer patriotism led Nnaji to scale the power plant in Aba from 50MW for only industrialists in the city to 188MW to accommodate commercial off-takers such as hotels, hospitals, laboratories and offices in nine out of the 17 LGAs in Abia States.

What does it say about our collective conscience that the Geometric Power project, which is bound to change Nigeria’s socioeconomic development trajectory, was forced to undergo a hiatus for a whole nine years by the authorities?

In his magnificent 2014 book, Political Order and Political Decay: From the Industrial Revolution to the Globalization of Democracy, Francis Fukuyama, one of the world’s most influential thinkers, describes Nigeria as a country where top public officers routinely frustrate history-changing projects in their place out of sheer personal greed.

It baffles most citizens how Nnaji has remained calm and optimistic about the country in spite of all he has gone through in the last decade, including having to pay N30m monthly for the nine years to maintain the nearly completed power plant and other power assets without any revenue from the project.

As management and leadership scholars around the world testify, those who change history are so determined and optimistic in the midst of numerous near insurmountable odds that most watchers consider them naïve, if not outright foolish. This is true of Steve Jobs, Thomas Edison, Nelson Mandela, Nnamdi Azikiwe and many other personages.

Bart Okechukwu Nnaji, CON, FAS, NNOM, FAEng, the first Black man to be named Distinguished Professor of Engineering in American history, the first Nigerian to win the World Bank/IMF African Scientist of the Year Award, the first Nigerian to win the Baker Research Fellowship Award in Industrial Engineering and the first African to have a book he co-authored proclaimed officially the Best Book of the Year in the World in Manufacturing Engineering, and the first African to be declared one of the top three scientists in the world in the area of robotics and artificial intelligence, as well as a keen sportsman who represented the defunct East Central State  in the 1975 National Sports Festival alongside such stars as Emmanuel Okala of Rangers International Football Club of Enugu, who was also the Green Eagles goalkeeper, remains an eloquent testimony that history will always vindicate the just.

Adinuba is the immediate past Commissioner for Information & Public Enlightenment, Anambra State.