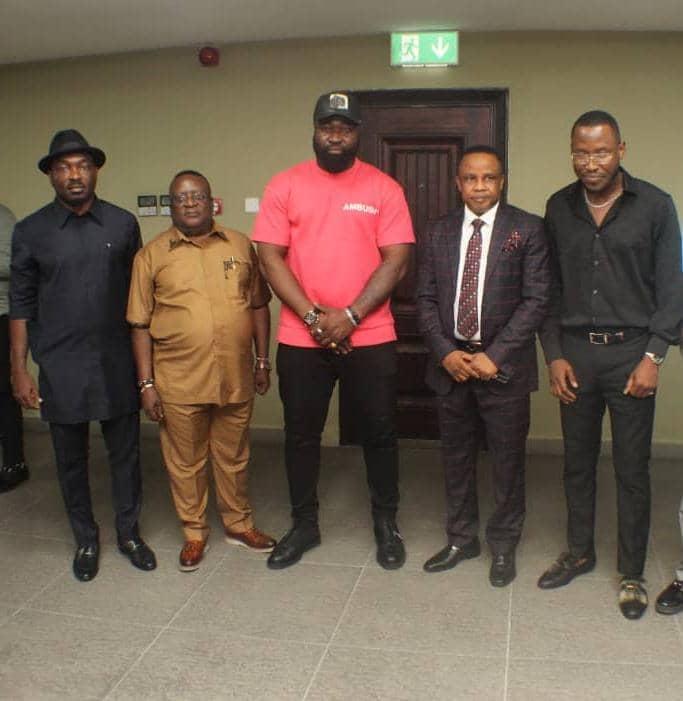 The Niger Delta Development Commission, (NDDC) has launched a novel Niger Delta Talent Hunt (NIDETH), to harness creativity among youths in the entertainment industry and address unemployment in the region.

The Interim Administrator, NDDC, Dr. Efiong Akwa, who spoke on Wednesday during the inauguration of the programme  at the NDDC headquarters in Port Harcourt said it was designed to tackle the challenges and lack of opportunities facing youths in the region.

“Let me use this opportunity to tell the world that youths of the Niger Delta are the best you can find around the world. They are calm, confident, they seek to excel in whatever endeavour they  find themselves.

“In the field of soccer the youths of Rivers State and Akwa-Ibom are taking  the  lead; wrestling, Delta and Edo are tops; swimming Bayelsa  and Rivers are unbeatable.

“Our focus in this programme is to identify the talented youths, build them up and expose them to the world. We want to use this as an opportunity to provide a platform to expose the hidden talents in the region. If you build the youth, you build the nation.”

See also  ISSUES: Nigerian women insist they can do better than sing, dance at conventions, campaigns - By Ngozi Agueze

Dr. Akwa’s  Special Adviser on Youths, Engr. Udengs Eradiri, described the Niger Delta youths as enterprising, observing that artistes from the region had challenges of getting support and platforms to express themselves.

He said: “The creative industry is one area that we can engage a lot of idle young people. We will continue to play our role in supporting institutions to create the platform to push our young people to the international community. We must keep the creative sector alive in the Niger Delta to develop young talents and to showcase them to the world.

“We expect  that after this process, we will be able to identify unique talents that would be able to showcased to the world. If you look at the entertainment industry you have employment  opportunities that are waiting for us.

“The Niger Delta youths need to be a part of these opportunities. We need to create engagements so that young people, who have a lot of energy can channel  it towards talent development. The work of the NDDC  is  that of an interventionist agency. It is part of our job to create  opportunities for young people  to express themselves.

“The sky is our starting point. We expect  that after this talent hunt which  is geared  towards entertainment, we will be looking at sports”.

In his remarks, the NDDC Director, Youths and Sports, Mr. Offiong Ephraim, said  that NIDETH was a flagship programme of the NDDC Youths and Sports Directorate  aimed at exposing the inherent talents in the Niger Delta region.

He said the talent hunt programme would kick off from the first phase which is Ondo, Edo and Delta State and followed by the other phases with the grand finale taking place in Port Harcourt, Rivers State noting that it would cover the nine states of the Niger Delta Region.

One of the leading artistes in the region and consultant for the programme, Mr. Okiri Harrison, also known as Harry Song, said that the new NDDC youth programme was a dream come true for those in the creative sector.

He said  that 80 per cent of the entertainment industry was rooted in the Niger Delta.

The musician said: “In the entertainment industry, cutting across music, comedy and theatre, the top talents are from the Niger Delta region.

“The main issue is that most talents remain unharnessed because there is no proper platform to identify and develop them. I am glad because this is where NIDETH comes in”.