Why Mbah will be next Enugu governor in 2023 – Prof Jehu 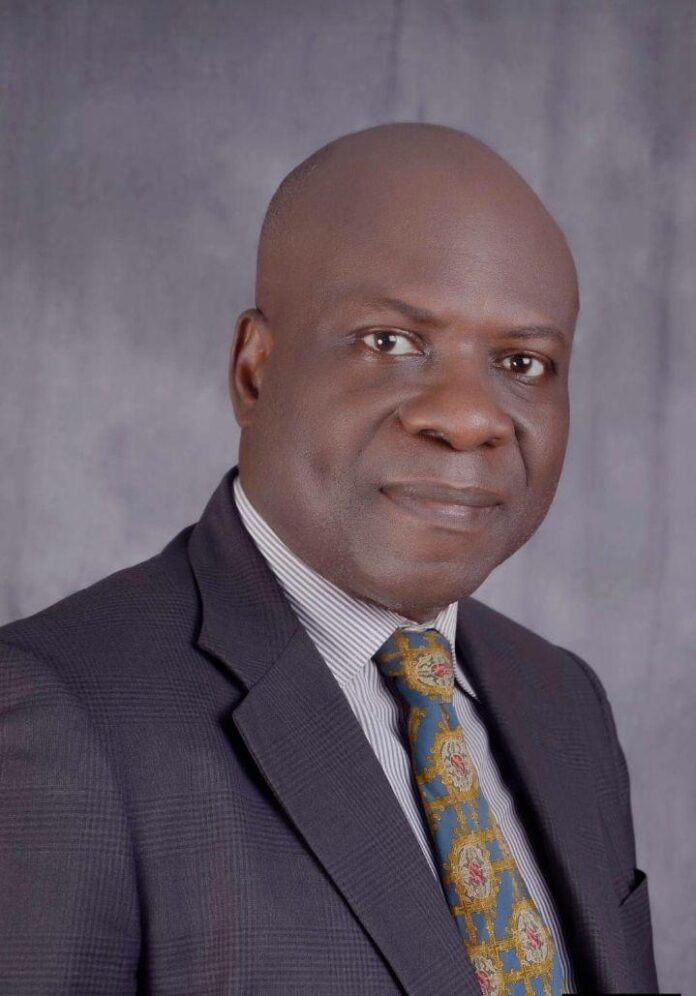 Chief Jehu Onyekwere Nnaji is a distinguished Professor of International Law and Global Politics, University of Kansas Law School United States of America (USA).The Judge at the International Criminal Court ICC at the Hague, Netherlands and Merit Award Winner – University of Naples II, Italy who was an aspirant in Enugu State for 2023 gubernatorial election under the Peoples Democratic Party (PDP) recently spoke to JUDE OSSAI on Nigeria’s political development and some burning issues including his home state politics.

A build up to the recent Peoples Democratic Party (PDP) governorship primary,  your supporters thought you were going to clinch the party’s gubernatorial ticket but you eventually lost it to Dr Peter Mbah, and subsequently collapsed your political structures into his camp. May we know your reasons for doing so?

The Governorship  Primary election was held at the Dr Nnamdi Azikiwe Stadium,Enugu where it was witnessed by all and sundry. I have always believed in the philosophy of transforming Enugu State to bring it to the state of American and European Cities. Though the votes cast were meant to ensure one person emerges, I could have been that one person but since majority of the voters chose my friend and brother Barr. Peter Mbah, it was only logical in the spirit of sportsmanship to support the same cause since Barr Mbah shares same philosophy with me. That informed my decision to collapse my structure to support him fully and wholeheartedly.

Your home state, Enugu, is dominated by PDP winning all elective posts since inception of 4th republic in 1999, do you think Peter Mbah has the capacity to defeat the opposition candidates in 2023?

Enugu State is for PDP and PDP is Enugu State. But beyond that people have to tell what good leadership is and Barr Mbah is the man who can deliver good governance going by his track records

Some of the governorship aspirants in PDP who pledged loyalty to Peter Mbah after conceding defeat to him during the party’s primary are now dramatically  making U-turn, defecting to opposition political parties to advance their gubernatorial dream. Do you see them as honest democrats?

Those of our Comrades who made U-turn after pledging their allegiance may have their reasons either their allegiance was not total or they preferred not to be under the same PDP roof. But all I can say is that democratic values are not restricted to any particular political party. However, one should be taken by his/her words. For me I said I am still in same PDP fold and I kept my word. It will be wise if those who jettisoned the fraternal alliance of being under same umbrella come clean and tell us why the volte  face.

As a Professor of Law and Global Politics, what is your take on Nigeria’s political development viz-avis the current  electoral process?

Nigeria’s political development is still going through transformation and within this transformational stage we expect to see certain anomalies but with time we shall get it right.

Governor Ugwuanyi is a good listener. No one is perfect but one thing I can vouch for Governor Ugwuanyi is that he is good listener who is patient to hear you out any time you approach him. That is the quality of a good leader. Despite that there are areas of improvements,I strongly believe that the emergence of Barr Peter Mbah, will put paid to all the teething problems of Enugu State

Strictly, what do people of Enugu State expect from Mbah if elected as governor of the state?

People of Enugu will expect Peter Mbah, to deliver on his mantra ‘Tomorrow is here’. I strongly believe in the vision of Barr Peter Mbah, that he will lead Ndi Enugu to the next level of greatness.

One can recall Mbah’s parley with Enugu Journalists.

He gave a graphic picture of how he is going to improve the economy of Enugu State.  The governorship hopeful told the media men how they started Pinnacle Oil and Gas in one bedroom studio apartment. They were just three persons.

They have grown that business from one bedroom studio apartment to where they are today, Pinnacle is today the leading company in the industry. They are number one in the oil and gas downstream sector. The downstream sector is a mature sector and market where you have all the established companies-the big players, Mobil, Connoil, Oando and the rest of them.

Mbah has promised to replicate his great exploits in private sector in governance, and he explained that the miracle of Pinnacle Company did not happen by accident, stressing that it happened because of the passion they have for excellence –focus, creativity and innovation.

He assured to deliver quality, people focused governance by making Enugu the preferred destination for investment, business, tourism and living.

The governorship hopeful had also vowed to make Enugu one of the top 3 states in Nigeria in terms of Gross Domestic Product, and achieve a zero percent rate in the poverty headcount index is his priority.  Indeed, his mission and vision as he had repeated in several fora is to move Enugu Gross Domestic Product from Its current position of about $4.4 billion to at least $30 billion in the next 4-8 years. He will grow the economy of Enugu State by making it a leading destination for business investment and leisure.

What is your advice to Enugu electorate ahead of 2023 general elections?

My advice to Ndi Enugu ahead of the 2023 Elections is to maintain calmness and keep their eyes on the prize as victory is sure and we shall triumph together.