HomeEducationGroups back planned street protest by Organised Labour in support of ASUU...
Education 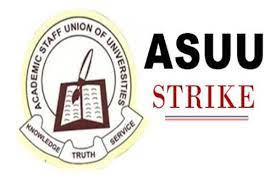 The International Solidarity for Peace and Human Rights Initiative, and Coalition of Civil Society, Workers and Human Rights Defenders, have queued behind the Organised Labour over its planned street protest in solidarity with striking members of university-based unions.

SummitNews recalls that the Nigeria Labour Congress (NLC) in conjunction with the Trade Union Congress (TUC), had announced that they would embark on a nation-wide  protest on July 26 and 27 to compel the federal government to resolve the over five-month-old strike that has kept students in public universities at home.

The NGOs  urged all workers and union leaders to be steadfast in the struggle, adding that they should not be deterred by the federal government’s declaration of the proposed action as illegal.

The statement made available to SummitNews, reads in part:  “Contrary to the opinion of the federal government, the planned action of labour is very legitimate, constitutional and morally imperative given the circumstances that gave rise to such action.

“For the avoidance of doubt, protest is governed and protected by the fundamental human rights provisions of the 1999 Constitution of the Federal Republic of Nigeria, African Charter on Human and Peoples’ Rights, UN Charter on Human Rights as well as International Covenant on Civil and Political rights which Nigeria is signatory to and in most cases have been ratified.

“We condemn the insensitivity of the federal government on the legitimate demands of lecturers and the strike that has dragged for over a year  with the students being kept at home everyday for over a year without the government feeling any serious concern about the ugly situation.

“We attribute the insensitivity of the President, his cabinet members and members of the National Assembly on the  huge sum of common wealth of the people in their possession with which they find it very easy to send their children to the best of universities across the world.

“We call on all well-meaning Nigerians, including the students themselves, all lecturers and non academic staff, traders associations, students unions, professionals including NBA, NMA, etc informal sector workers, all Civil Society Organisations, religious organizations and leaders, Keke operators and all affiliates of NLC and TUC to identify with the strike protests and ensure that it succeeds.”

The groups described the two-week ultimatum, reportedly given to the Minister of Education by President Muhammadu Buhari, to resolve the ASUU problem as diversionary, saying that it does not have any hope or weight for serious solution.

“What the Nigerian people expect from the president is a directive to report to to him within a week the extent of implementation of the demand of ASUU and other striking workers in the tertiary institutions.

“We wish to use this medium to call on the organised labour, Civil society and all the Nigeria masses to rise in solidarity to sustain the mass protest against the latent increase in the pump prices of petroleum products until they are reversed,” the statement concluded.